Ki-moon Ban, the eighth UN secretary-general and now honorary director of the Institute of Global Engagement & Empowerment at Yonsei University, urged entering members of the 2020 MBA class at YSB to pay attention to climate change and to adopt an attitude of global citizenship. 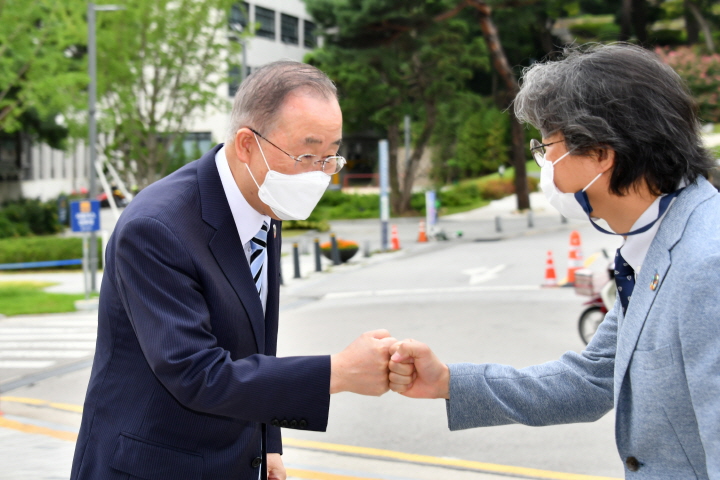 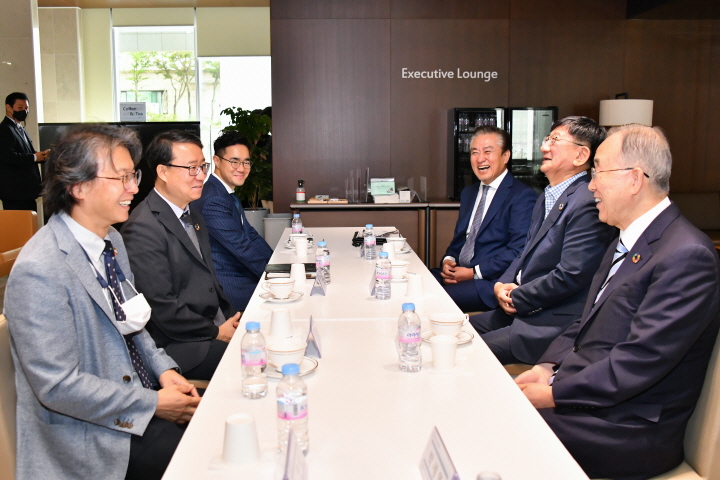 Before beginning his lecture in September on the theme of "Sustainable Development and Top Executives’ Missions and Roles," Ban observed, "I have experienced World War II and the Korean War in my life, but this is the first time that I have been isolated like this. After COVID-19, it is said that non-contact’ and ‘virtual’ are the ‘new normal,’ but it is hard for me to agree. The new normal should be an exchange and cooperation between people.” 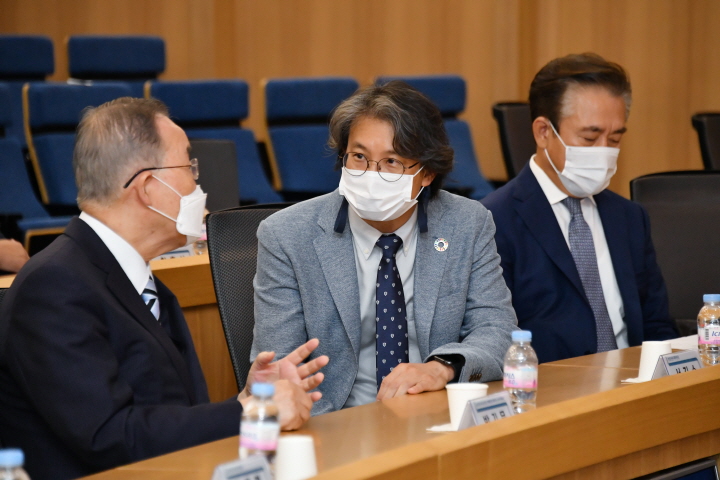 In his lecture, he quoted what the Pope told him in a private meeting a few years ago: "God always forgives. Man sometimes forgives. Nature never forgives." He emphasized, "It's not too late now. We should listen to the voices of nature and pay attention to climate change."

To overcome the current pandemic and move toward sustainable development, Ban highlighted need for a partnership between government, business, and civil society. He noted about 260 members, including Korean companies, academia, and civic groups, are participating in the UN Global Compact. The UN Global Compact was launched in July 2000 as a voluntary international agreement on corporate social responsibility (CSR). It reinforces the coexistence of governments and industries. Governments actively support companies that adhere to the 10 principles in the four areas of environment, labor, human rights, and anti-corruption. 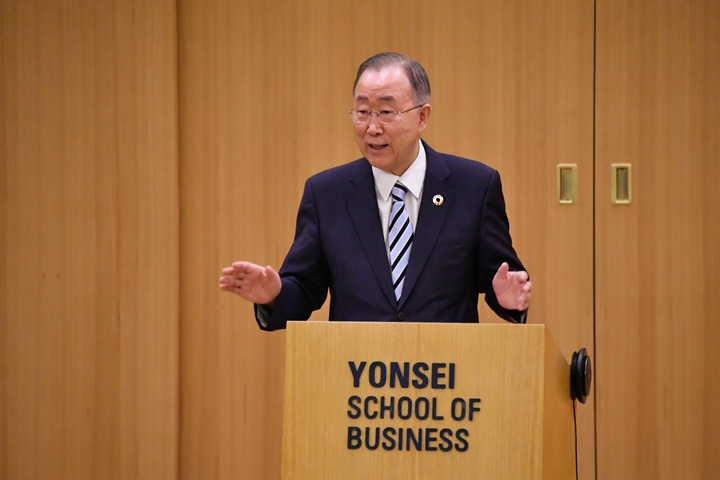 Ban reminded the MBA students who are in the position of business managers that companies are the primary victims of the economic crisis, but they are also the primary players to overcome such crises. Because the future world will be completely different from the world today, Ban suggested that it's important to broaden the understanding of the global supply chain and establish a sustainable natural ecosystem.

He also mentioned the Ban Ki-moon Center for Global Citizens, which he founded, and expressed his sorrow that there are some business leaders like Bill Gates who have global citizenship, but there are rarely political leaders with such status. 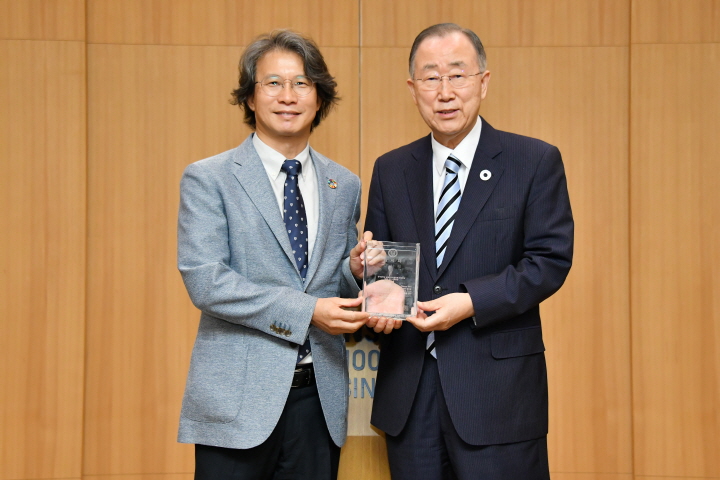