Yonsei Business School’s students and their advisor were the stars of the HSBC/Hong Kong University Business Case Competition in June, coming away with the student team’s winning first runner-up for the second year in a row. Student Seung Hyun Hah won the best presenter award, and Professor Sung-Joo Bae was selected as the best advisor. 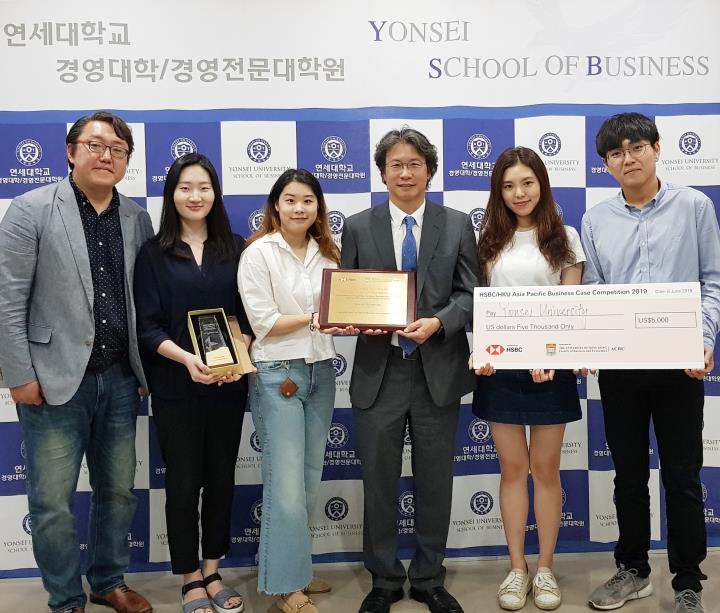 This was the 12th year of the competition, which is open to undergraduates from throughout the Asia-Pacific region. It drew 22 teams from 22 universities other than YSB and the sponsor, including the National University of Singapore, Tsinghua University, ESSEC Business School, the University of Auckland, and the University of British Columbia. The tournament-style competition consisted of three preliminary rounds that whittled the field to four teams competing in the finals. Each preliminary round featured a different business case that highlighted a specific company and a problem it faced in the global business environment. The case study in the final round case dealt with Ant Financial’s corporate social responsibility. 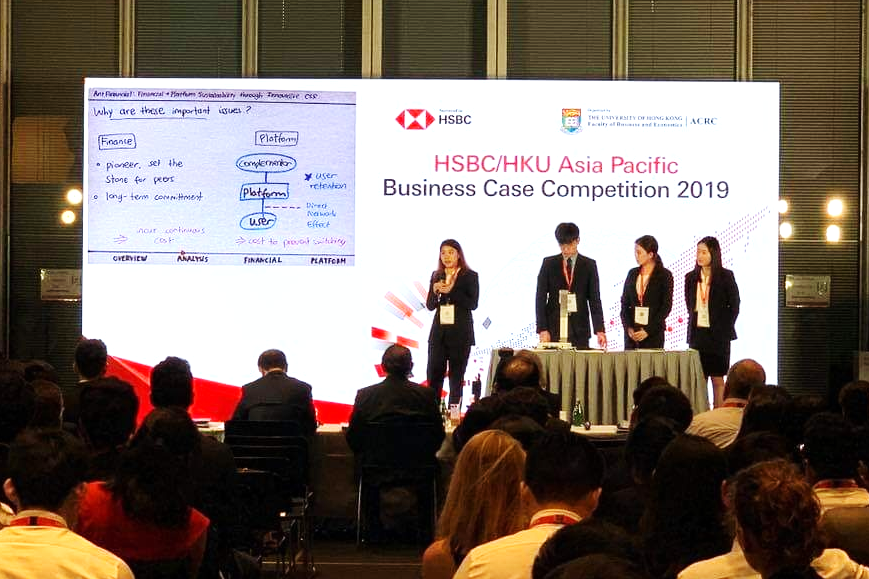 In an acceptance speech for the team, Nahyun Song first thanked “the Yonsei School of Business for giving us this opportunity and thank you to Professor Sung-Joo Bae for coaching us in great detail.” She added, “We felt some pressure from the YSB team’s having won the competition last year, but we worked hard, and we are proud of the result.”

The strength of this team was “teamwork,” a trait apparent to the judges, who praised the team’s interactions in the feedback sessions that followed every round. Specifically, all team members participated equally in the question-and-answer sessions and supplemented each other’s answers to strengthen their overall logic and presentation. "More than anything else, the best way to enhance teamwork is intensive practice in which we filled our gaps by sharing candid feedbacks with each other, but courteously and considerately” Kyu-Hyun Kim said.

Nahyun Song called “mental management” the toughest part of the tournament. “In fact, when we lost focus, Professor Sung-Joo Bae emphasized the process over the results and encouraged us to focus on our team's presentation and growth rather than on our competitors," she recalled.

The Best Presenter Award is perhaps the meaningful one in the competition because its recipient is selected by an open vote of the participating students and professors. As the team's last presenter, Seung-Hyun Hah, the winner, stumbled a bit under the pressure to finish in the allotted time. Nevertheless, he composed himself and went on to win, thanks, he said, to catching signals from Professor Bae in the audience. 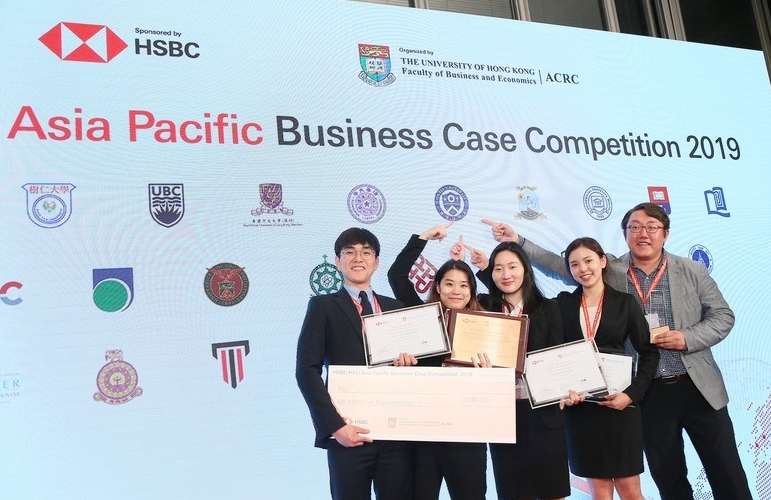 [That’s us! Yonsei School of Business team members point to the Yonsei University logo in celebrating their win]

Professor Bae thanked various officials, including YSB Dean Kil-Soo Suh, for their support. He attributed the consecutive wins to team members intense commitment to training. “Preparing for the case competition for second time,” he added, “I thought it is necessary for the YSB students to be trained to develop practical business strategy by understanding the business environment and integrating knowledge from various fields rather than learning specific knowledge from separate fields such as organization/strategy, marketing, finance/accounting. In other countries, students are trained as key decision makers by taking a case analysis class as a capstone course. It is necessary to provide our students with such courses.”

Team member Sooran Kim singled out the opportunity the competition gave to interact with students from prestigious schools in the Pacific region. On their arrival in Hong Kong, participants had a talent show about each country’s traditions or culture at a welcoming dinner. “It was an opportunity,” she recalled, “to share good memories and experience with participants beyond competition because all of them did their best to introduce their country with traditional performances or plays.” The Yonsei team performed, a cappella, “Java Jive,” a song about coffee, to introduce today’s Korea, which has become a coffee republic. Later, during a Talent Night, the Yonsei team won the Best Singer Award with Billy Joel’s “Piano Man” accompanied by Professor Bae on his harmonica. 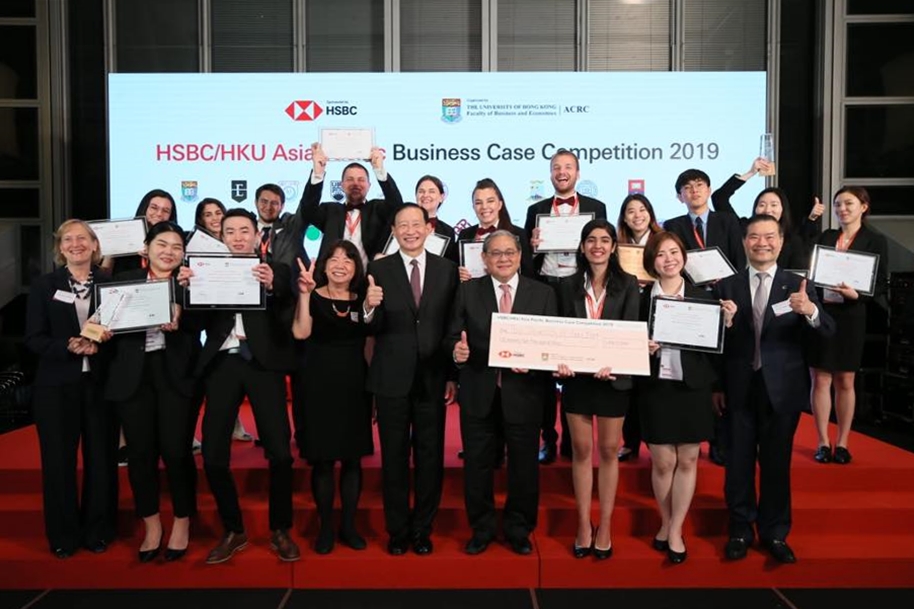