The Fourth Industrial Revolution Lunch Forum, a series organized by the Yonsei Business Research Institute of YSB, was held five times in the first half of 2019, bringing to 30 the total of forums in the series.

At the forum on April 18, lead researcher Jong-Sung Hwang quoted Richard Baldwin that “In the 21st century, big cities will do what factories did in the 20th century,” and referred to a McKinsey report suggesting that 600 cities will account for 62 percent of global GDP growth by 2025.

Korea had been a major player in the global market since 2003 by building the first smart city, U-City, and exporting intelligent transportation systems overseas. But recently Korea has been gradually moving away from the forefront of the smart city movement. Hwang cited developer-led business promotions, aversion to risk, and the absence of a long-term plan as the reasons for this phenomenon. To overcome the problems, he said, it is necessary to make the city a platform and to embrace new functions and innovations to move toward an organic city that is entirely connected. 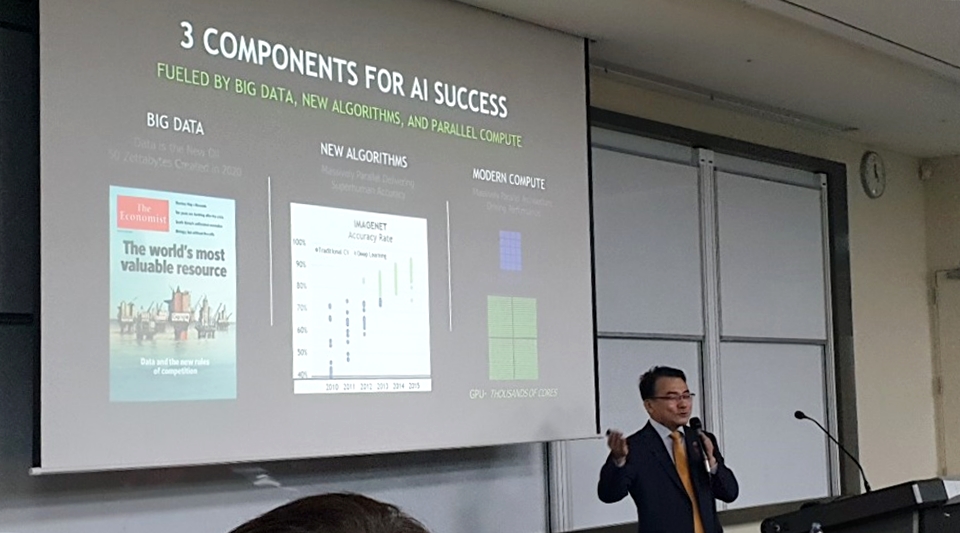 At the forum on April 23, Eung-Joon Yoo, chief of NVIDIA, cited Big Data, new algorithms, and modern computers (for their processing power) as essential factors for AI’s success. He then elaborated on self-driving cars and healthcare as the promising industries in the AI market.

Yoo emphasized that human engineers are essential, even with the aforementioned three necessary elements in place. Although the Fourth Industrial Revolution and smart cities are currently discussed as major agenda items in Korean society, he pointed out because of data protection issues, Korea lags far behind China in terms of securing data and training personnel. 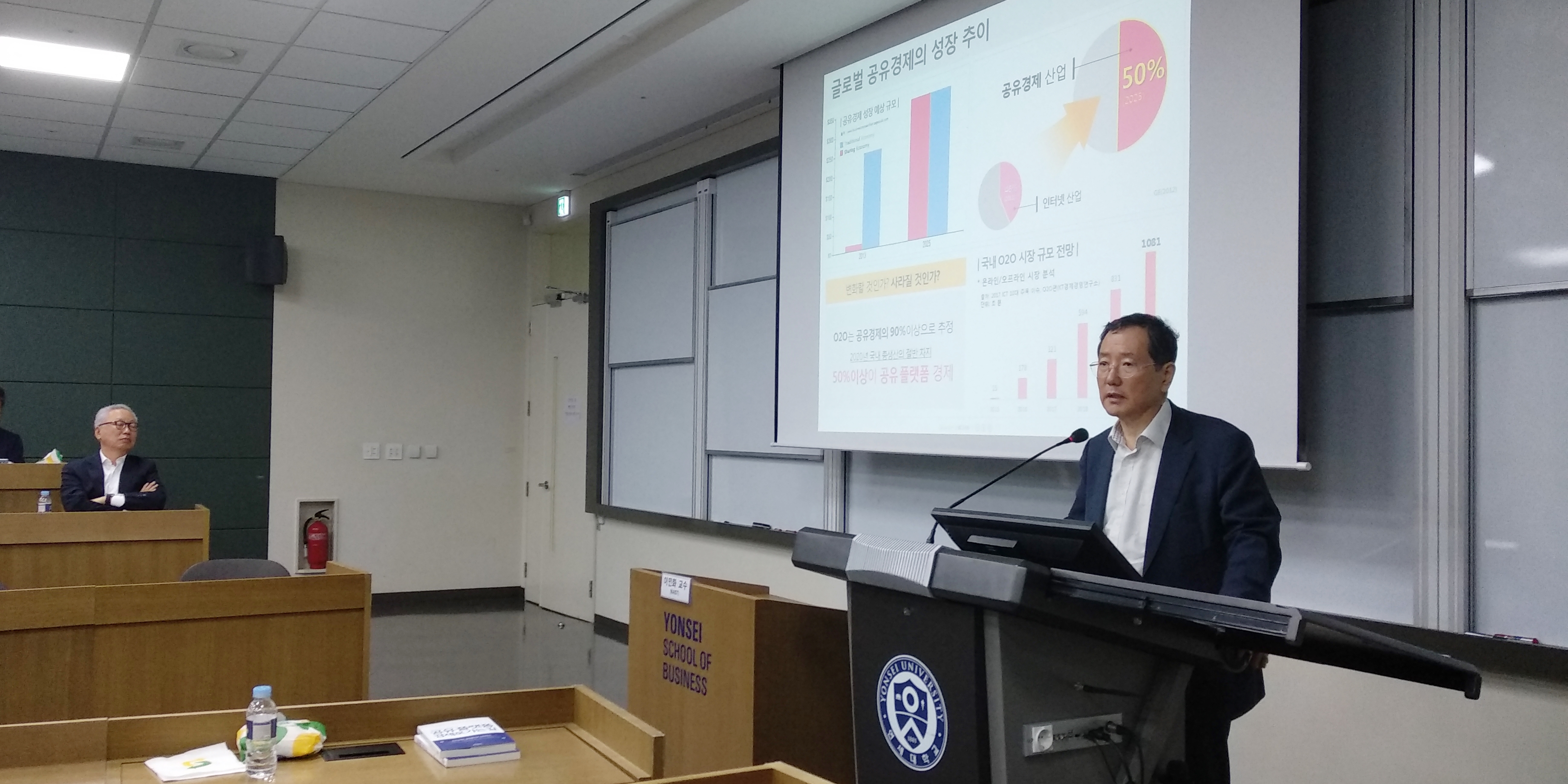 At the forum on May 16, Min-Hwa Lee, director of the Korea Creative Economy Research Network and professor at KAIST, said another name for the Fourth Industrial Revolution is the sharing economy. Over the last decade, most global companies have been turning into business sharing platforms, and given present growth trend, 70 percent of companies are expected to soon be in this category, with the sharing economy accounting for 50 percent of the economy over 2025~2030.

Lee said the sharing economy is defined as overall activities that share economic elements, and it becomes a sharing society rather than an owning society because information is the mainstream of the online world, where editing and replicating are unrestricted. Also, it is impossible to consider the sharing economy without a platform. With the development of the Internet, the platform spread rapidly because the cost of connection became zero, and the sharing economy is continuing to evolve anew through blockchain, which is a technology of trust. 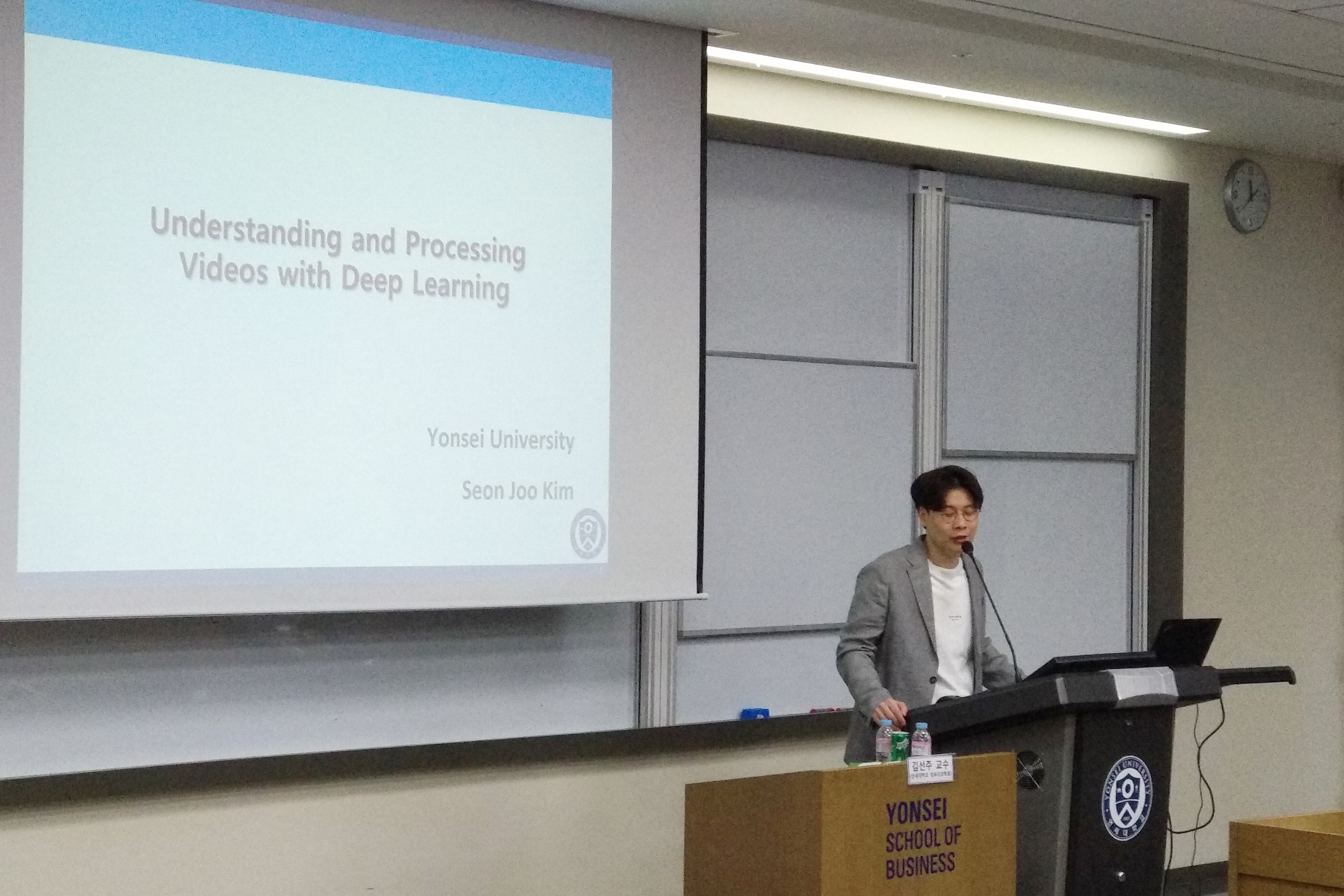 At the forum on May 30, Professor Seon-Joo Kim of Computer Science at Yonsei University pointed out the role and biggest advantage of deep learning is that it allows computers to learn on their own like humans if data is provided by modeling a function that maps the relationship between an input and an output.

Professor Kim mentioned deep learning for single image processing is now common, but its use in video is still a difficult step, which she illustrated by showing some of her ongoing video work. 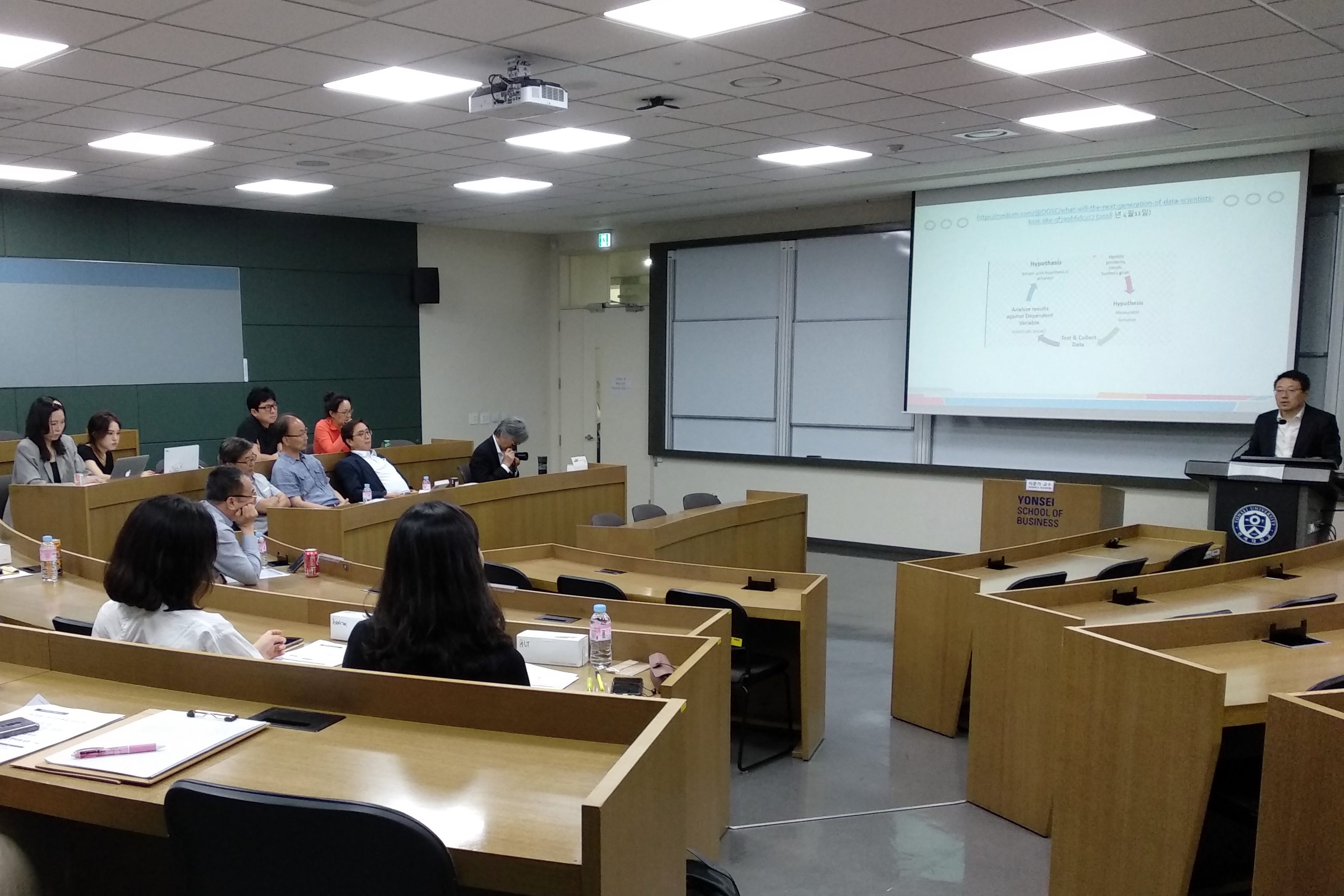 At the forum on June 11, Professor Zoon-Ky Lee of Yonsei Graduate School of Information explained that artificial intelligence (AI) has developed into “data driven artificial intelligence” in which computers use database searches to find and display the answers that are statistically best suited to problems.

He then cited AI's weaknesses in research tasks as overfitting, data dependency, and interpretability. Overfitting happens because the network becomes overcomplicated because of too many variables, and data dependency is very high because the results vary according to the input data, resulting in conclusions that are difficult to interpret. Lee emphasized that training AI-related talent and machine-running education are critical because artificial intelligence is already in the process of development and already needs a focus on how to use it from now on.