YSB Professor Emeritus Tae Hyun Kim was admired by students for his excellent lectures on Operations Management from the time he was appointed a full-time professor in 1987 until his retirement at the end of February. He was named YSB dean in March 2007, and during his two-year tenure the school acquired accreditation by the Association to Advance Collegiate Schools of Business International (AACSB) and by the Korean Association of Business Education Accreditation (KABEA). Both were milestones in elevating the competitiveness and reputation of YSB within Korea and on the world stage of business education. He recently became the seventh president of Seoul School of Integrated Sciences & Technologies) and is working actively again. Now meet the professor who combined a 30-year career as a teacher and administrator and listen to him talk about his past and his plans for the future. 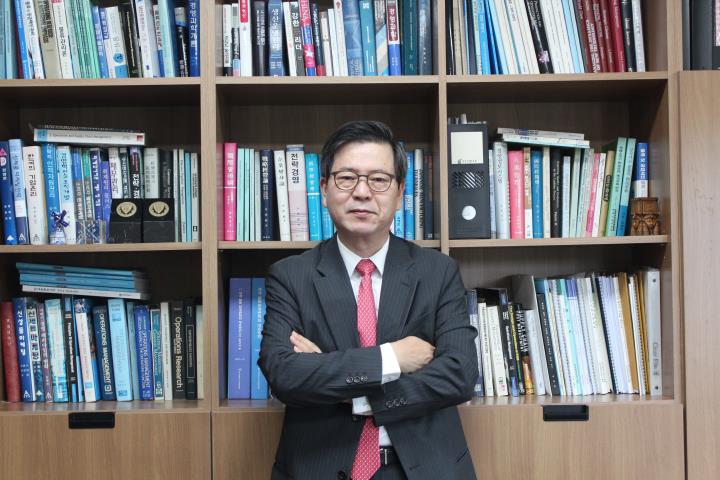 Q> You finished a long professional life and got an honorary retirement. I would like to hear your thoughts as you leave.

Q> What was the most memorable and regrettable things when you worked?

A> The most memorable time was staying a year at MIT for a sabbatical year in 1993. It was great opportunity to get to know the excellent college culture and spend a very happy time with my family. Officially, the most meaningful thing was gaining AACSB accreditation while I served as dean. It was possible because of the preparation of the former dean and the help of all the faculty members. I had some hard times when I was a dean, but I wonder if I could have done a better job if I had united with the professors wisely.

Q> Since you had many students, do you have a special memorable student?

Q> You served as dean of the SIM and YSB. I would like to ask for your opinions on the future direction of YSB.

A> This is a difficult question. In fact, the most important thing for all human organizations, including schools, is how the leader leads. Mostly for development, we focus on only one direction between ensuring internal and external values. The leaders must make the best strategy to communicate with all the members to achieve these two directions in harmony. As the organization matures and for the variety of thoughts and making better decisions, they need a culture and system that encourages members to do their best in their roles. If the president or deans who are in the leadership positions listen to the voice of the young professors, then the leaders will be able to accomplish what they want. Finally, active leadership is needed to get resources from the outside for development. If you invest in talented people and infrastructure based on your resources, you will go one step forward.

Q> After your retirement, you became an honorary professor. Do you have any plans for the future? Are you planning to continue teaching at school or do you have a dream after retirement?

A> I would like to teach students again in the fall semester of 2017, if it is possible. I think there are a lot of things that I want to teach to students, I want to feel new changes from students and have a younger mind through them. Furthermore, I would like to find new roles by using my long experience at school. I have also started to learn calligraphy since last year, and I want to devote myself more for the sense of calm it brings. Through learning calligraphy, I am excited to be able to interact with new people that I never met before. If my calligraphy skills improve, I want to open an exhibition with your wife's paintings.

Q> Last, but not least, any message to students?

A>Recently, I have been to the United States, and I have seen a lot of students who are struggling with employment there. Every time I see students, I feel like their parents and think, “I hope they are doing fine whatever they do…”  I would like to say to students who are struggling to actively seek out what they are pursuing during their college life. If you proceed at your own pace and strategically set your goals, you will be able to see a new world and broaden your perspective. Finally, I would like to recommend they not only read in the business field but also in various fields. When knowledge accumulates, expression will be refined and confidence will eventually emerge. There are words I especially want to say to students who are worried about anything. As I mentioned earlier, everyone has their own competitiveness and merit. If you rush, it is difficult to see reality objectively. At those times, you should quietly calm yourself down like a monk. Our society has a strong tendency to fill up without filling up. If you empty your mind for a while, then you will be able to make wise decisions with a clear mind.