On November 12 2014,  the Yonsei School of Business and the College of Economics and Business hosted a luncheon at Allen Hall, inviting Mr. Byung-Heun Ko (BBA alumnus, entering class of 1964, chairman of Kumbi), who is the sponsor of the Choheun Academic Prize,. The luncheon was arranged by School of Business Dean Young-Ryeol Park, College of Economics and Business Dean Sung-Chan Hong, and professors who have won the Choheun Academic Prize, all of whom wanted to express their gratitude for Mr. Ko’s generosity and commitment to Yonsei University.

Mr. Ko told the group he felt happy and pleasant whenever he came to school. “I am reminded of my professors whenever I think about my school years, and the professors’ devotion toward education and research is highly influential for the students. I established the academic prize in hopes that it’ll help the professors in their research, even if only a little.” He added, “I will continuously support the Choheun Academic Prize,” and asserted that former prize winners, as people placed in very important positions, should continue to push the frontiers of research. The Choheun Academic Prize was established while Mr. Ko was president of the alumni association in 2003. It has been awarded annually since then to Yonsei University professors chosen for their outstanding research achievements. 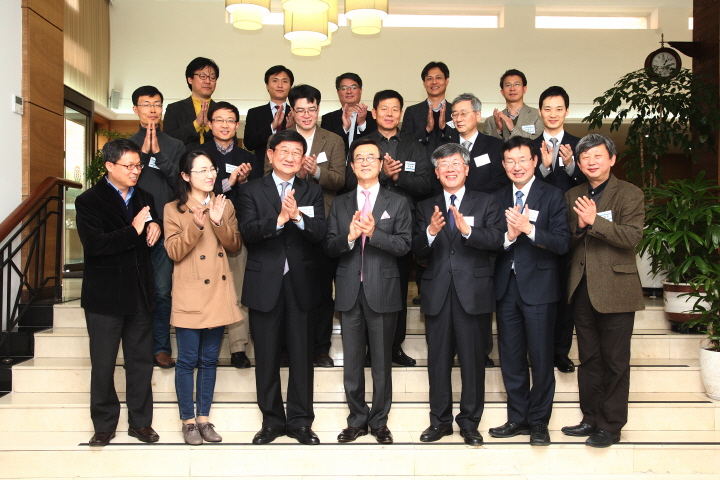