News Briefs
Spending a Semester at the Yonsei School of Business...Undergraduate Students from EDHEC in France
Date: 2019-08-22  |  Read: 663

Twenty-five undergraduates from the EDHEC Business School in France completed the March-June Global Manager Certificate Program at YSB, where they attended lectures, studied Korea’s economy, and experienced Korean culture. The YSB has operated this program since 2014 in cooperation with the French business school. 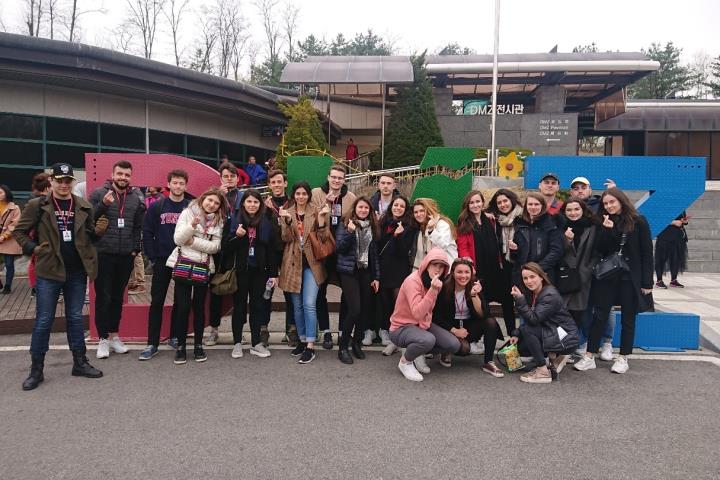 The students completed six courses — International Management, Business Model Development, Business Negotiations, Managing in Asia, Cross-Cultural Communication, and Korean Language —over the four months of the program. In addition to taking courses, they visited the Demilitarized Zone to provoke their thinking about the political situation in Korea and encountered Korea's unique culture by visiting the Korea Furniture Museum. 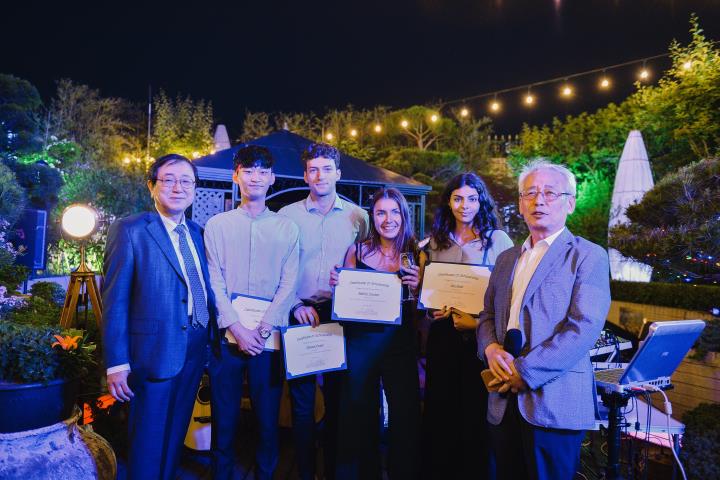 Three students, Thibault Paulet, Maelys Tourbot and Isis Rady, received scholarships, thanks to the generosity of Seung-Chul Song (entering class of 1976, Business), CEO of Hanbul Motors, which sells the Peugeot and Citroen French car brands in Korea. The scholarships were awarded May 30 at an invitation-only dinner party hosted by Song. On the same day, Song delivered a scholarship to Tae-Hwa Kim (entering class of 2015, Business) who was leave for ESSEC to complete a dual- degree program there.

Thibault Paulet praised the professors’ educational approach that elicits students' interest. He especially praised the Business Negotiations course taught by Professor Hun-Joon Park as having built his confidence in his negotiating skills through its small-group discussions.

The dinner party at the Peugeot offices was the first business dinner for Maelys Tourbot. She said, “I was able to meet new people and learn a lot about how to work in Korea,” adding, "I would like to thank CEO Seung-Chul Song for inviting me to the dinner party and also for granting me the scholarship." 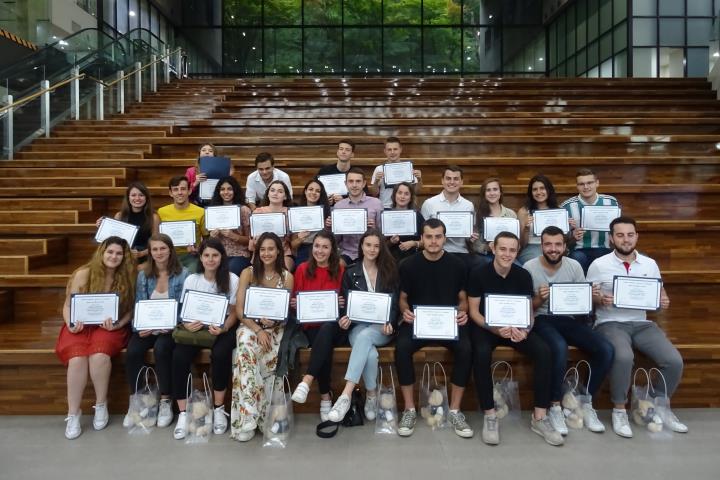 What is the difference between the two universities? According to Isis Rady, “The Yonsei University campus is very impressive with its traditional atmosphere, and Yonsei University seems to have everything on campus that students need, just as if it were a small city.”