Graduates of the YSB Global MBA (GMBA) program take many career paths, with most of them pursuing careers in corporations in and out of Korea, but more of them are beginning to go on to a Ph.D. program. 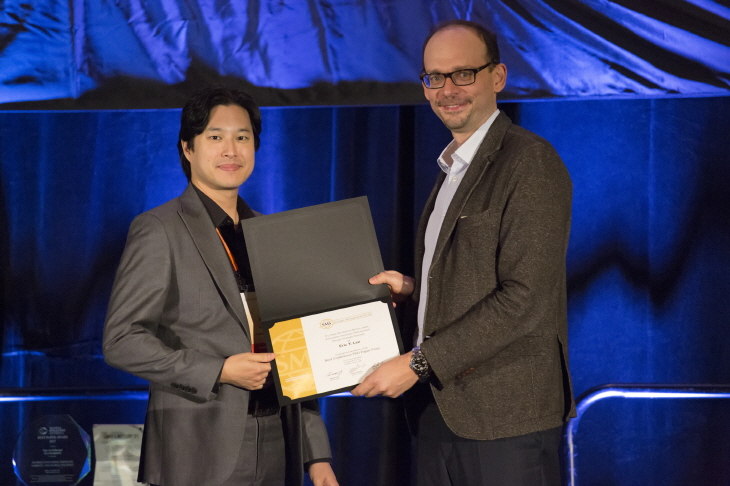 Recent YSB GMBA graduate Eric Y. Lee (graduated in 2016) entered a Ph.D. program in Management at the University of Georgia in the United States in 2017. In his first year in YSB GMBA, he presented a paper “You Have the Right to Remain Silent: Anticipatory Impression Management Through Strategic Restraint” at the 39th International Conference of the Strategic Management Society and was recognized as having the “Best Conference Ph.D. Paper” and also received the “‘Best Paper Award.”

“I want to thank YSB professor Soon Hong Min who has been a great mentor throughout the process of moving toward Ph.D. program.”, said Eric. He recalled, “It was not easy for me to write a paper in the first year of my Ph.D. program while adapting to school life. I encouraged myself, however, not to be disappointed at the results.” He added that when professors at other universities congratulated him right after he received the award, he realized how great the GMBA curriculum was.

Associate Dean Il Im of the YSB MBA said, “Five graduates of the YSB GMBA are now in master’s and Ph.D. courses in business and engineering, and I expect to see a growth in the number of students who move toward academia in the future.”