Iain Jamieson, CEO of Visa Korea, drew a lot of attention in November as the speaker at the 13th CEO Forum, where he outlined the giant credit card firm’s efforts to capture millennials’ business by focusing on the generation’s fondness for sports and the digital delivery of services. His lecture on “Visa Marketing Innovations” was also appreciated because of his humorous delivery. 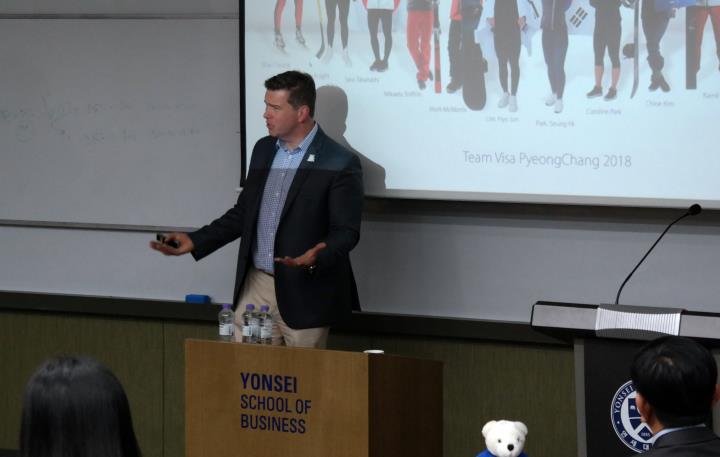 He opened his presentation by comparing two pictures taken when a Pope was elected in 2005 and in 2013, respectively. The increased usage of mobile devices such as smartphones and tablets was clear. He said the millennial generation at the center of this trend also prefers to make its purchases through mobile devices, which leads Visa to emphasize the role of digital media. 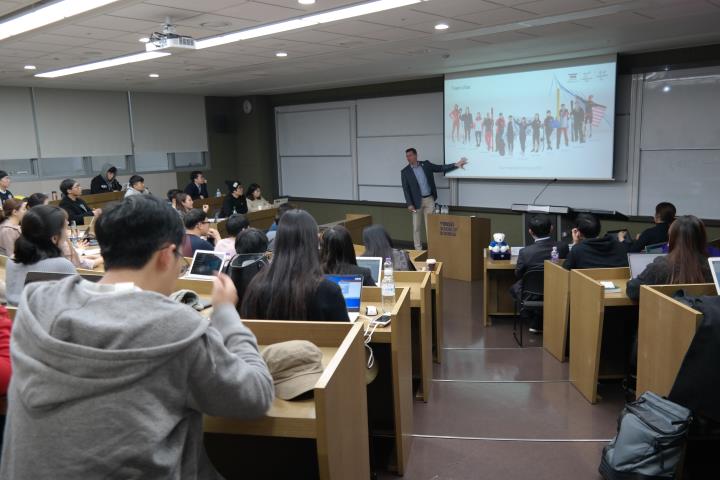 [Visa Korea CEO Iain Jamieson had an attentive audience at the CEO Forum.

Jamieson also discussed the effort Visa has been put into sports marketing. As the official partner of the Olympics for many years, it hosted events to promote the experience of wearable devices through such sports events as “Visa Football Night.” Visa has also focused on the wearable device market, along with the rapid growth of the IT industry. He also noted Visa faces growing competition in its business diversification. It now encounters new competitors such as Starbucks, LG, LINE, and Google in addition to its long-time opponents, MasterCard and UniPay.

In answering numerous questions from students, he emphasized, “The core value of Visa is to provide excellent service quickly and safely anywhere in the world, and it is conducting active IT research from diverse perspectives to achieve that.”