Two special lectures were held in the fall semester 2017 as part of the YSB A/S(After School) program for alumni. The program is designed to encourage self-development of YSB alumni.

In the 30th YSB A/S Lecture on September 27, Management Professor Hong Seok Oh spoke on “The New Business Paradigm: Social Capital and Cooperation.” He opened his lecture by introducing the change paradigm in organizational management and leadership and emphasized the importance of different viewpoints to solve the organizational challenges change poses..

He posed a problem of business studies in Korea that like those in America with paradigms of neo-liberalism and meritocracy, lack productive debate and self-reflection. “Everything meritocratic in business has been focused on human capital,” he said, “until now when we need to think of something else, a social capital based on relationships.” Taking the Beatles of the United Kingdom as an example of successful social capital, he explained that social capital is four people making something new together that exceeds what they could accomplish as individuals. 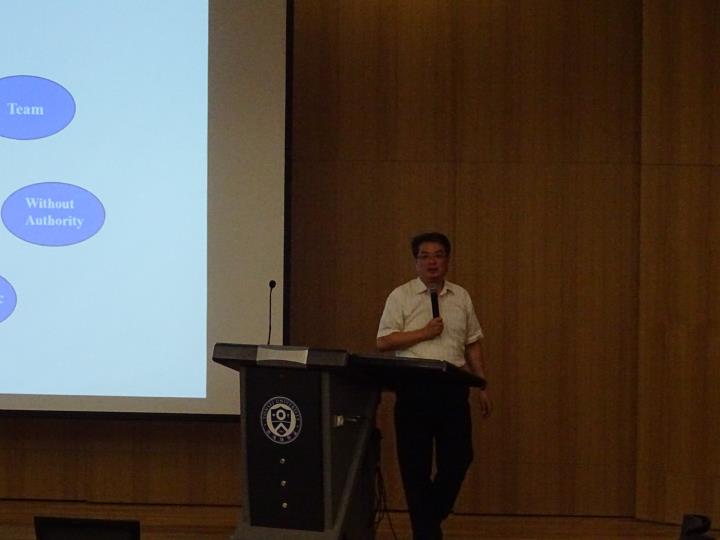 He added, “Business studies have witnessed a noticeable paradigm change in research on leadership. Its focus has changed from a leader to relationships between leaders and followers.” Professor Oh pointed that “there are so many other factors, other than human capital, that affect the performance of an organization. Factors such as resources, systems, leadership, internal networks, training, and team formation jointly interact with performance.” He concluded his lecture saying, “It is important to face organizational challenges with others in social relationships.”

»The 31st Lecture “Hamlet's Soliloquy ‘To Be or Not to be,’” Emeritus Professor of English Literature Jong Chul Choi

In the 31st YSB A/S Lecture held on November 29, Emeritus Professor of English Literature Jong Chul Choi spoke on Hamlet's famous soliloquy of “to be or not to be” and emphasized the necessity of understanding the characters, historical background, and story plot lead to the soliloquy.

In preparing to avenge his father, Hamlet expresses the emotions and inner conflicts of an avenger and delivers the reason for revenge to readers, Professor Choi said. “Hamlet is very similar to modern people,” he explained, and said he chose this soliloquy as great learning material for self-reflection as a life lesson. He recited the soliloquy several times saying, “Listening to the soliloquy is important because it is written in verse.” 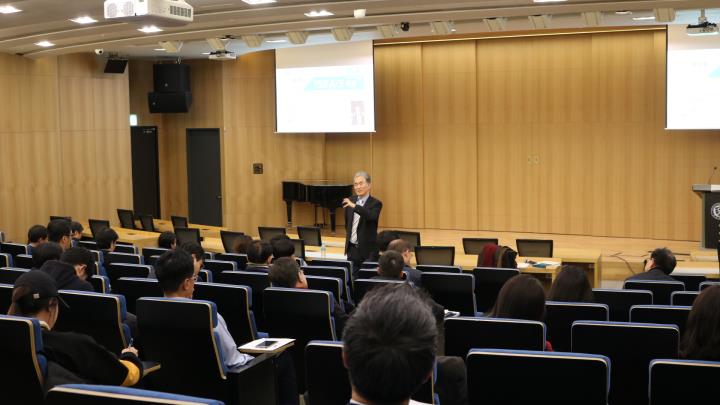 Answering a question as to whether Hamlet is an indecisive character, he said, “Hamlet is the smartest fictitious character of all, not indecisive. Because of his conscience, he hesitated to embark on revenge.”