YSB is famous for consistently producing more CPAs than any other Korean university. That ranking has always reflected not only the commitment at YSB but also the less visible work of the Yonsei CPA Association. The support both put into helping students prepare for the grueling CPA exam became highly visible on December 23, when the remodeled Room 410 of the Daewoo Hall Annex opened as an exclusive study room for aspiring CPAs. 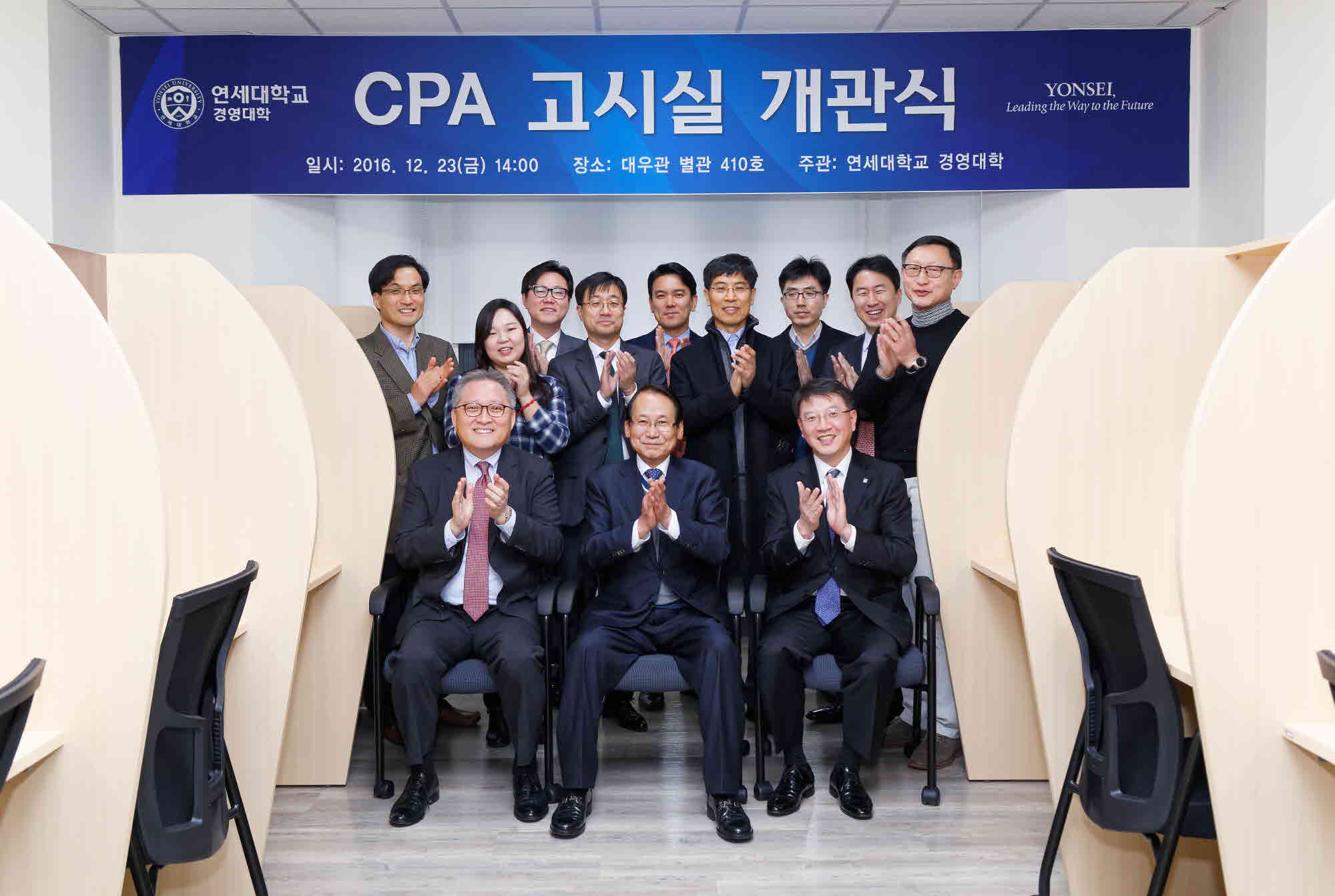 The opening ceremony was attended by YSB professors and Yonsei CPA Association alumni.

“We need bright accountants because of the demand for accountants in Korea, and the importance of their social role is on the rise,” Haksu Kim said. “I hope many talented accountants will be produced from this new, wonderful study room.”

In attendance from YSB were Dean Donghoon Kim, associate deans Subin Im and Seongmoon Kim, and accounting professors Sung Kyu Sohn, Won-Wook Choi, and Dae Hee Yoon. Students who will be using the room also attended and said they welcomed its opening and availability.

The Yonsei CPA Association is an association of CPA alumni who have been supporting the growth of their alma mater and cultivating talented CPAs for a long time. The association annually hosts “‘Yonsei Accountant’s Evening” to congratulate students who have passed the CPA exam and to provide career guidance.