“One of the major goals of YSB is to expand students’ global horizons. In this regard, I hope this event will help your global networking,” Professor Im said in his welcoming speech. 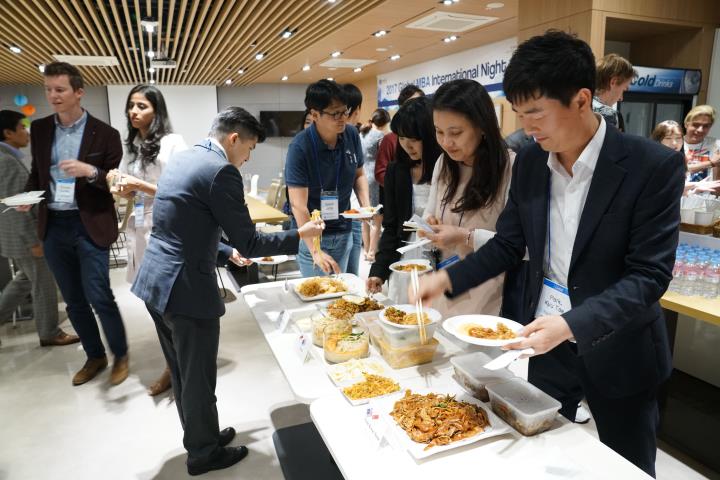 GMBA students brought 10 cuisines representing their home countries. During dinner, GMBA graduates had an opportunity to network with CMBA and FMBA students. Gordon Dudley (GMBA graduate, RDI president) shared that his firm is “holding workshops in search for a way to cultivate creativity among children by using Legos” and asked students to contact him if they are interested in unconventional experiences.

Gye Won Choi (GMBA graduate, Intuitive Surgical Korea) said that he got his MBA degree to find a new career but actually came back to the same field. He asked students to come talk to him if they are interested in surgical robots or working in an American company. Alex Lintzenich (GMBA graduate) said “this event is going to be a wonderful experience for all those who would like a job in Korea” and that “students should think hard about how to utilize their network developed during the Yonsei MBA program.”

Seong Ah Lee (CMBA, Liz Design president) said, “CMBA students work in various fields including banking, healthcare, and IT. This is a good opportunity to approach them and ask questions.” Many practitioners came to the event in the Surinarae Lounge of the YSB building, including CMBA graduates Gyu Tae Park, Seon Mi Lee, and Jong Bo Kim and FMBA graduate Ju Yeon Lee. 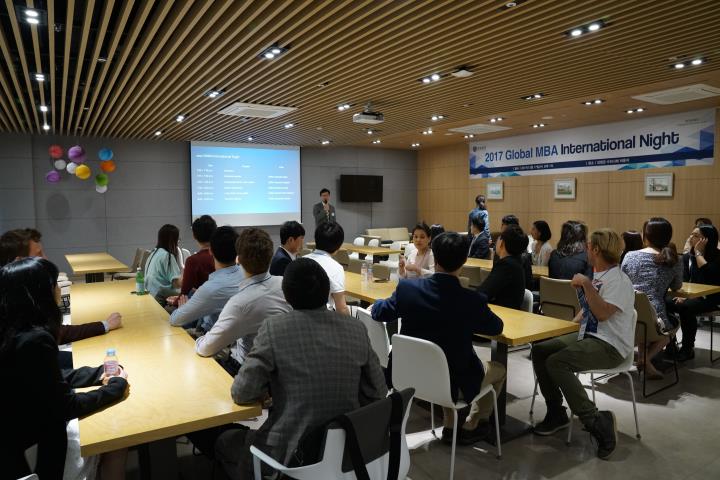 “The number of GMBA students who entered in 2016 is 36, which is relatively smaller than in other years,” Professor Soon Hong Min said in closing the event. “Nonetheless, let us increase networking by hosting events such as this one tonight.” 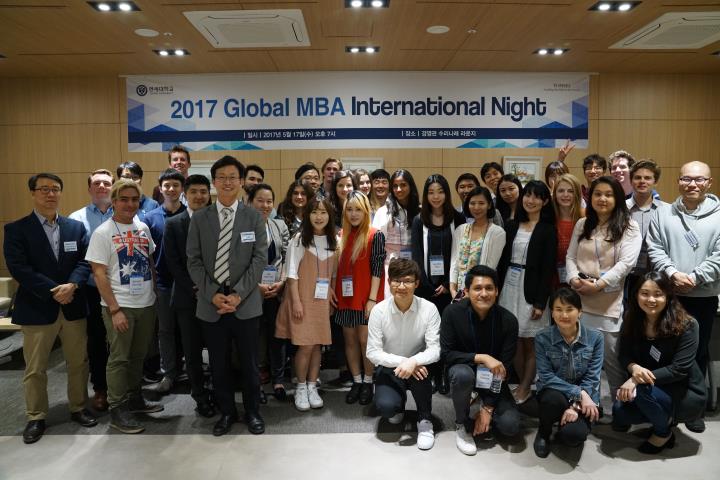