The YSB has restarted its A/S(after school) special lecture series aimed at the continuing education of the school’s alumni. The resumption of the series has drawn crowds of alumni to the school’s new building, with those visiting it for the first time pronouncing it an impressive and excellent facility. 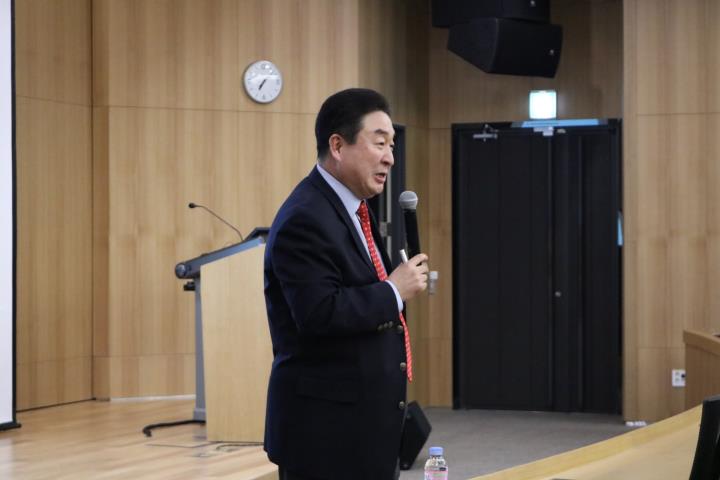 Management Professor Dongyoub Shin began his lecture on April 27 by defining the New Normal. It refers to a bad economic situation of low interest rates, low growth, low consumption, and low employment rates that are not explainable by conventional economics. Professor Shin said, “For Korean firms to survive and thrive in the New Normal era of low growth, they must explore rather than exploit. Exploitation of existing core capabilities could lead to a ‘success trap,’ thus firms should seek new business opportunities enabling them to cope with environmental changes.”

Professor Shin warned, “Firms should read the requirements of the environment and make decisions for radical change because nations, regions, and business sectors as well as market segments are now boundary-less, and the nature of competition is changing at the speed of light. Catching the timing of radical change is an important role of firm’s leaders nowadays.” 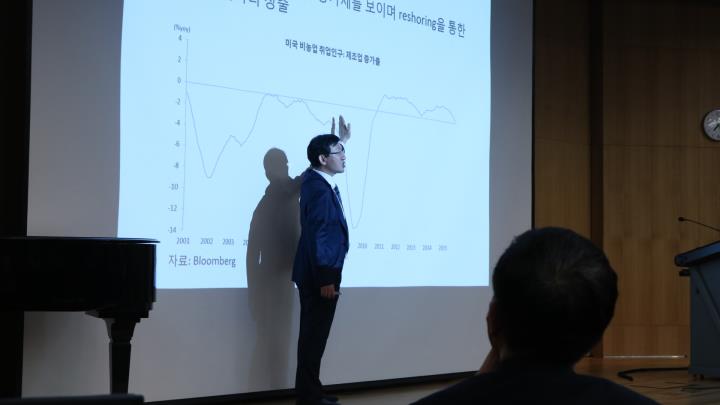 Professor Taeyoon Sung of College of Commerce and Economics told his audience in a crowded Yonghae Hall on June 29 why the real economy of the United States is coming back to life, the impact of the recent issue of Brexit and explained how Korea should cope with the New-Normal era. His lecture and exchanges with his listeners went on for approximately two hours.

Professor Sung said that the successful implementation of a quantitative easing policy by the U.S. government explained why the real economy of United States is recovering despite incidents such as Brexit. He said that Ben Bernanke, former chairman of the U.S Federal Reserve, implemented policies to prevent the collapse of real estate prices that led to numerous manufacturing companies returning to the United States.

In contrast, he said, the Korean economy is already in a New Normal era of low interest rates, low growth, and low consumption. “It is quite difficult to collect the principal and interest through investment in Korea due to the low interest rates.” Professor Sung emphasized that because the manufacturing prices of durable consumer goods, which can be seen as Korea’s core industry, are falling, the best that individuals and firms can do is to “establish a stable cash flow.”