Global  MBA students got the benefit of recent graduates’ experience in May in the Career Mentoring program held in the Sangnam Institution of Management. Korean and foreign students were mentored separately in small workshops according to their career goals.

Korean students who expected to work in Korean firms were mentored by graduates Wonsang Kim, who works in Chong Kun Dang Pharmaceutical Corp.; Sora Kim of the Mercedes-Benz Korea operations team; Gowoon Lee of the RB Korea marketing team; and Yonghwan Jung from LF Fashion. As February graduates of YSB, all four were able to share information and insights that students should bear in mind in seeking employment. 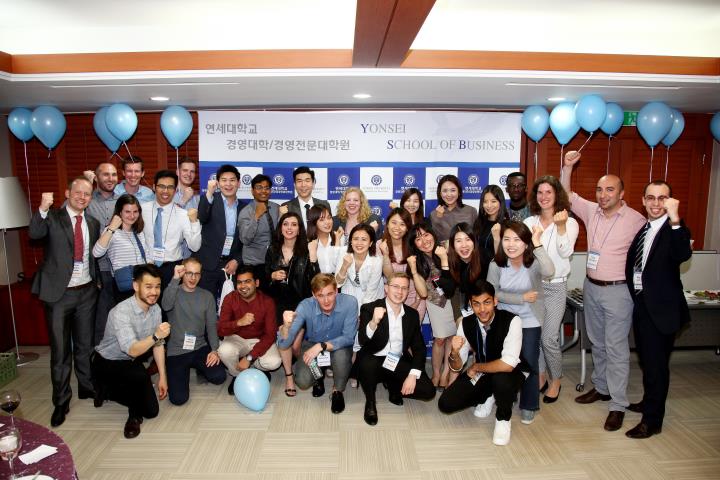 The Career Mentoring program was followed by International Night to connect graduate students with current students. Current foreign students prepared their traditional dishes as a part of the international buffet that everyone enjoyed. 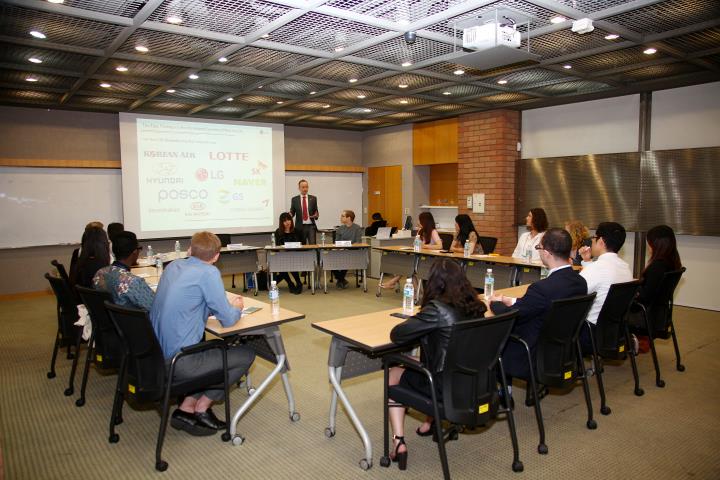 Global MBA student Jungmin Lee, who participated in the program, expressed her gratitude. “It was a great opportunity to get to know how I would be able to use the knowledge and skills I acquired through the GMBA course and also meaningful because I could receive information on industries I was interested in or other industries as well.”

Viktor Sbenson commented that “It was nice to listen to real stories from a foreigner’s perspective of the pros and cons of working in Korea, and also how to develop my career as well.”