Twenty students from the EDHEC Business School in France received their Global Manager Certificates on June 21 and headed back to France, taking good memories with them and a greater appreciation of Korea’s culture and the YSB’s academic quality.

After the ceremony marking completion of the four-month program of business and Korean language courses, the students hugged each other and said they cherished all their memories of the Yonsei Business School. 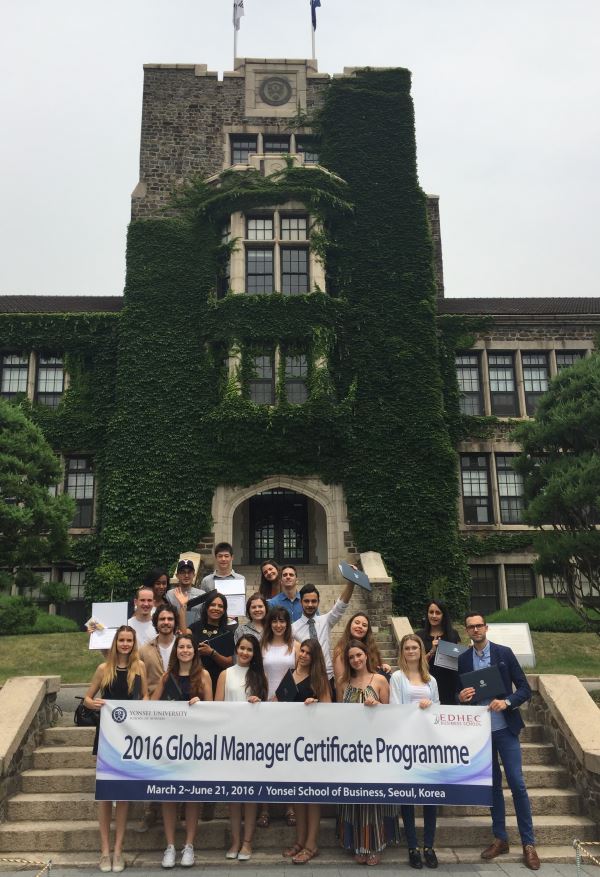 Alix Akoun said, “The courses were excellent. I will not forget the beautiful campus of Yonsei University, which would turn green with the changes of the seasons.”

Lina Badri said, “Through the program I decided to continue my studies to become a global manager. Later when I get the chance, I want to build bridges between Asia and Europe by doing business with Korea.” 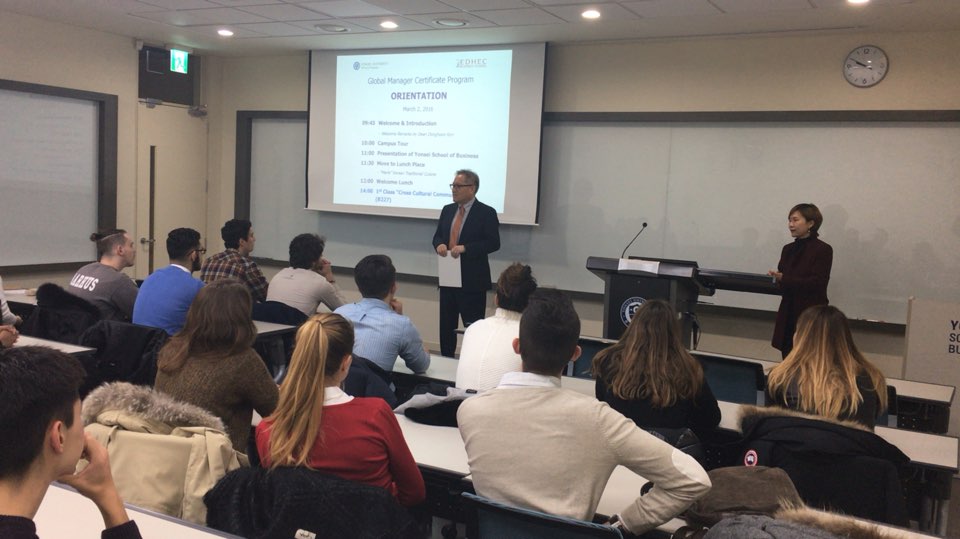 After the ceremony, the EDHEC students took their last souvenir photographs in front of the university’s main building and then completed their schedule in Korea by attending a luncheon with professors Youngryeol Park, Hunjoon Park and others who guided the students during their stay in Korea.