Six teams of Yonsei Global MBA students competed for four hours on October 29 to secure a ticket to the “Mahindra War Room,” an MBA-level case competition sponsored by Mahindra India.

The Mahindra Group has sponsored the competition since 2008 to generate solutions to realistic business issues. MBA students from Yonsei were the first non-Indian participants ever to enter. Mahindra Group and Yonsei University signed a memorandum of understanding (MOU) in education in March, and Yonsei's participation in the competition was an extension of this partnership. 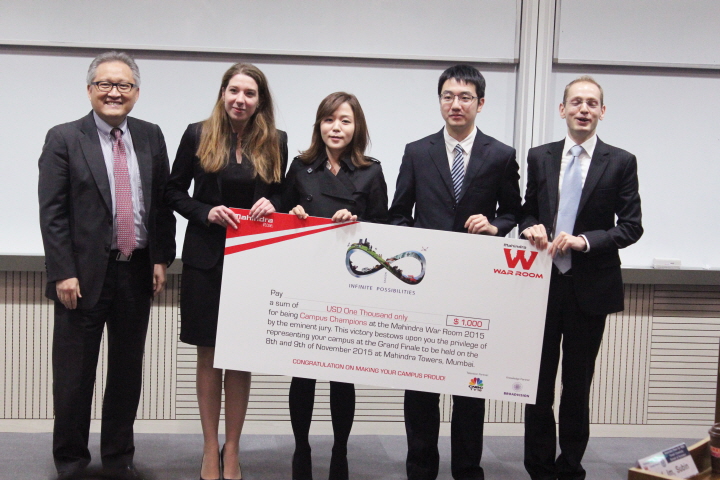 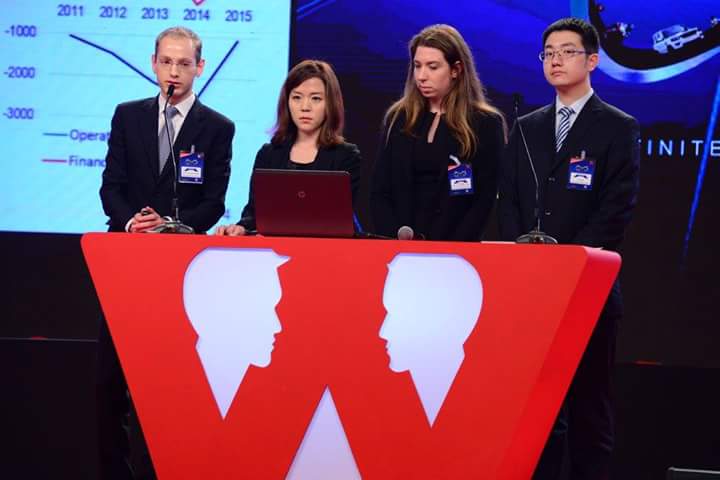 Twenty-three teams participated in the main round of Mahindra War Room. Yonsei University and Fudan University from China were the only non-Indian teams. The teams were divided into four groups, and the Yonsei University Global MBA Team secured one of the tickets to the finals that were only given to the top two teams in each group. They proposed a global expansion strategy for Ssangyong Motors that used nline technology but were unsuccessful in winning the grand finale.

"It was a pity that our team only had two weeks to prepare whereas teams from Indian MBAs prepared for three months," said Global MBA student Marco Nakkouri, who participated in the main round. He said it was great to receive a warm welcome from the Indian students and officials and this experience helped him learn a lot about communicating and cooperation.