On November 17, Yonsei School of Business held a special lecture by Albert Biermann, vice president of Hyundai Motors, who spoke on the “Vision of N,” the new brand recently launched as a high performance vehicle brand directed at being to Hyundai, what M is to BMW and what AMG is to Mercedes-Benz. Hyundai plans to begin production by 2017. 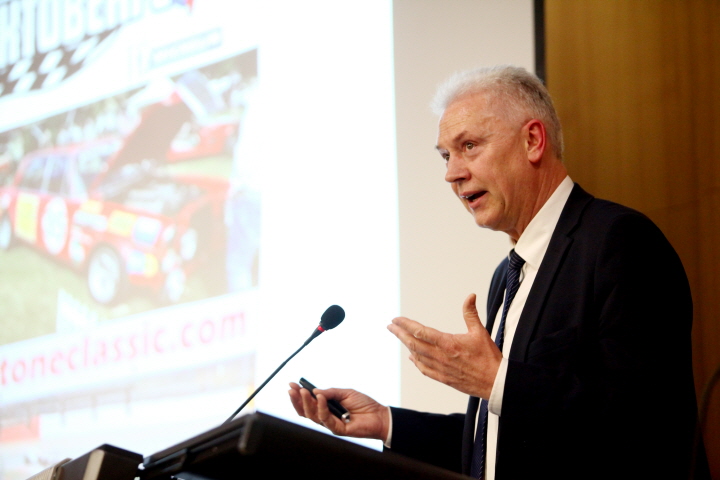 Biermann, former engineering chief of BMW’s M series, recently joined Hyundai to lead Brand N. He began his lecture by telling about his childhood in which he developed an interest in automobiles and continued his story on his experience working for BMW for 31 years and on the current projects of Hyundai Motors.

“I have little experience giving lectures to students,” he said. He emphasized that he continuously challenged himself in the different environments of the United States and Korea in advising students. Students nodded in agreement with his emphasis on the importance of networking in developing the M series. 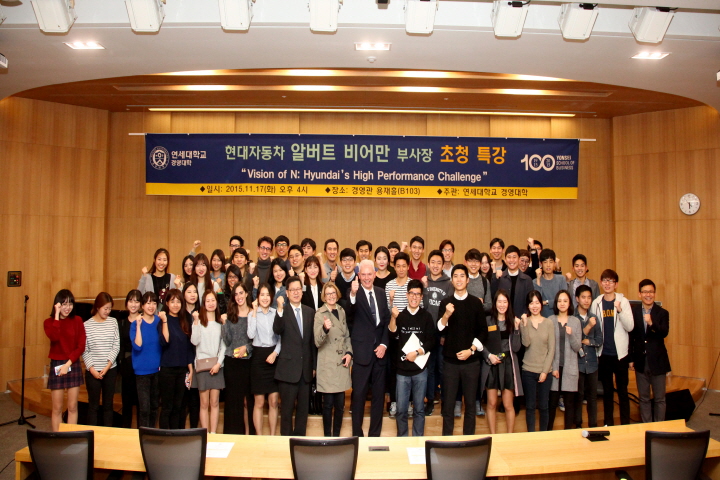 His context was very technical in explaining the launch of Brand N, but it was clear he was trying to make the subject as easy as possible for his business students. However, the subject got easier as he explained the detailed research data.

In the Q&A session that followed, Biermann dealt seriously with a flood of questions relating to Brand N’s identity and price competitiveness, among others. Asked about his philosophy as head of a brand, he likened it to a concert hall in which every component needs to be perfect in order to make a decent sound.