On October 6th 2014, Yonsei School of Business held its Fourth Global CEO Forum at Sangnam Institute of Management to celebrate the YSB’s centennial. The speakers for this forum were the head of BMW Corporate Communication, Bill McAndrews, and Julian Weber, the head of Innovation Project E-mobility. The event hall was filled with students who were interested in the business of BMW, the world’s largest automobile industry. 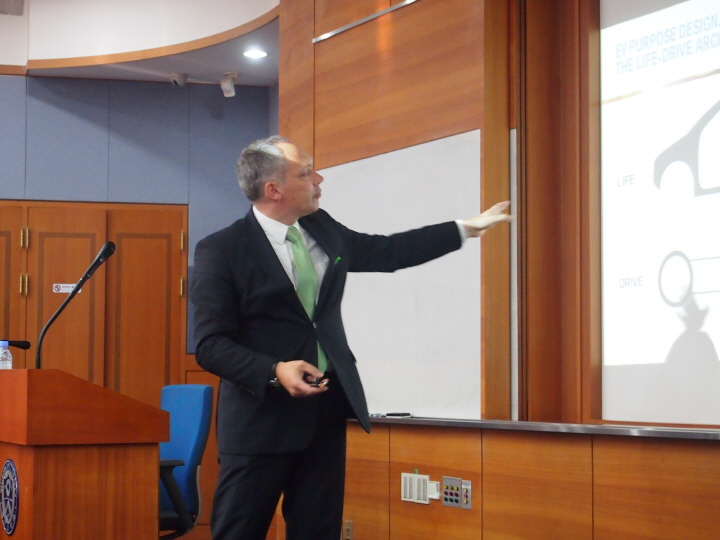 Mr. McAndrews began by introducing the components of BMW, which are BMW, MINI, and Rolls-Royce. He immediately emphasized the importance of sustainability and explained Korea’s status of investment within the car industry. He further explained how BMW was pursuing simultaneously an efficient “evolution” and an alternate, innovative “revolution” to achieve constant growth. He said that, just as how in modern society the smartphone has replaced the typewriter and Walkman, the battery sector in the automobile industry will dramatically change and demonstrated the current state of development for BMW electric cars. The savings level of carbon dioxide emissions, not only from motor fuel savings, but also from the use of renewable energy, such as wind and hydro power, in the production process, amazed the audience. He also noted that  BMW contributed socially in Korea through donating 30 charging stations to help in the increasing supply of electric cars, cooperating with Samsung for further development in battery technology, providing an education service for children, and constructing an exclusive BMW driving center in Incheon.

Mr. Weber, who introduced himself as an engineer, continued with the lecture and stated how E-Mobility would become important in the future. He once again stressed the importance of reduction in carbon dioxide emissions from transportation during periods of constantly increasing carbon dioxide levels. From this reasoning, Mr. Weber discussed in depth the birth of BMW I-series electric cars, starting with the production process and finished the lecture by introducing an appropriate distribution channel that does not require dealer transactions to make purchases. 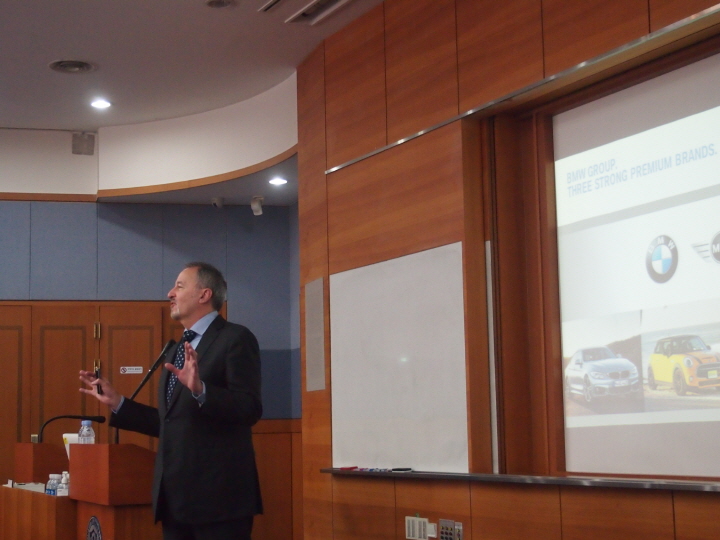