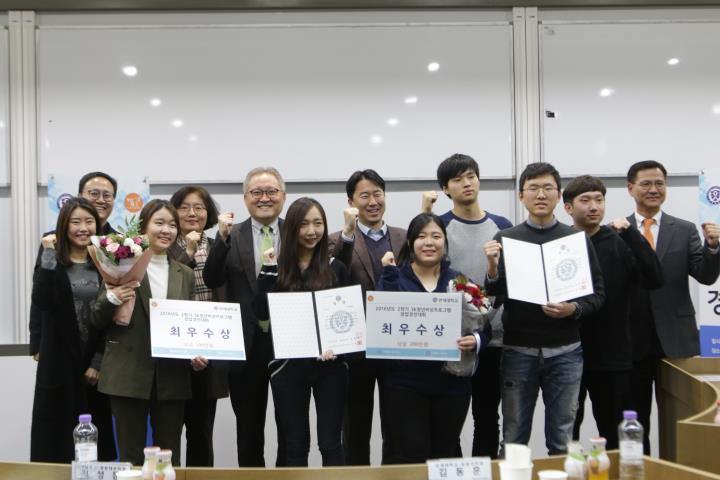 Travely, which presented an innovative platform for small-product delivery, and DePanda, which developed Defendust, received grand prizes. Excellence awards were given to Extraordinary People, JIEUM, KOTEL, and Lucky Big Picture, and participation awards were given to Perseverance and Nodown. The participants were evaluated based on their business idea, commercial opportunity, and thoroughness of their understanding of the needs of potential customers.

Grand prize winner Travely was well received for the concreteness of its platform, which the team had worked on for a year since its members met in a venture seminar course. The platform has more than 20,000 users. 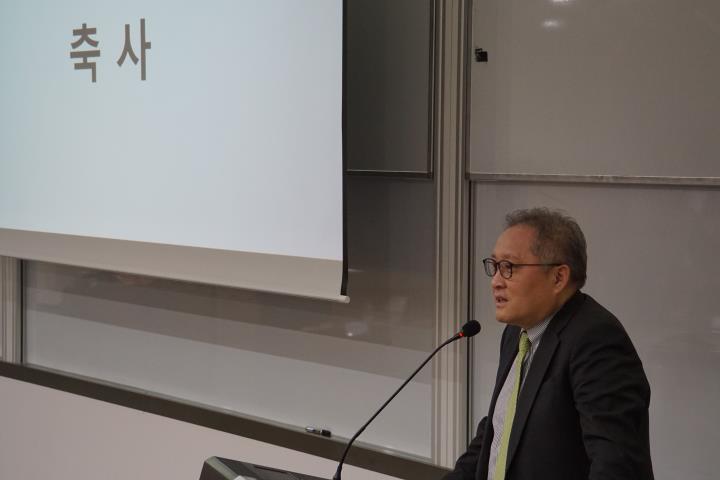 Team leader Yumi Hwang (entering class of 2013, Culture and Design Management) said they were able to develop such a solid operation because “YSB provided us with a room for the startup, and, with this room available, we were able to meet regularly more often, which allowed us to move faster. We were able to develop our platform thanks to Mentor Yeongtae Kim of the SK Youth Rise Program who taught us details about how to commercialize our idea.”

DePanda team members said they are committed to their idea and hope to become pioneers of innovation in the small-product delivery industry as well as a leader in the traveling industry by providing a direct overseas purchase service. Travely and DePanda received awards of 2,000,000 Won, along with admission to the SK Youth Rise Camp, a nationwide startup competition of SK Youth Rise programs, where they will compete with startup teams from other universities. 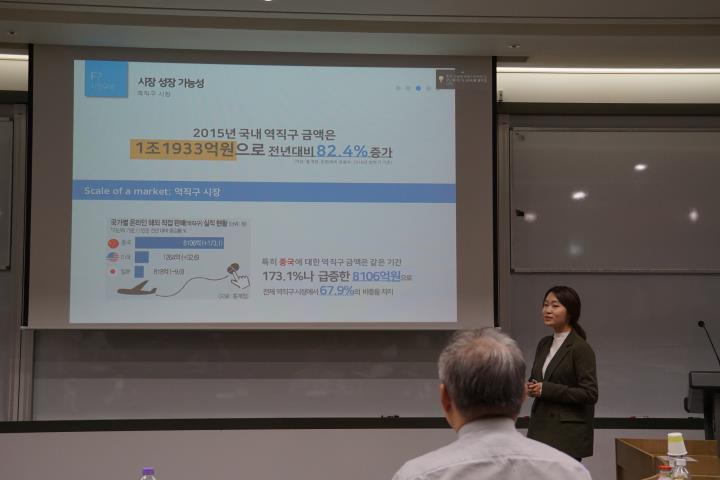 Judges for the competition were Youngjun Kwon, president of Caesar Partners; Donghoon Kim, dean of the Yonsei School of Business; Seongmoon Kim, associate YSB dean; Soyeon Kang, a professor at the Yonsei Innovation Center for Engineering Education; and Lee Seunghee, a manager at SK Telecom.

“I would like to thank SK Group for providing this wonderful opportunity to Yonsei University and the Yonsei School of Business,” Dean Donghoon Kim said in a welcoming speech. “I highly appreciate students for preparing for the startup competition after having finished their final exams only a week before, and I do anticipate creative ideas to spring up from their effort.”

“As a venture capitalist, my daily work usually involves evaluating venture investments, and I am especially excited to interact with college students,” Youngjun Kwon, president of Caesar Partners, commented. “Students’ passion and innovative ideas inspire me despite their lack of field experience.”

Some teams had demonstration videos of usage or development processes that they played in the middle of the presentation, and judges as well as other competitors applauded them heartily. Many were especially interested in the amusing demonstration of Lucky Big Picture’s item, IoT lights that interact with the human user. They demonstrated on stage that, with their item, “Galaxy,” users can design the light by changing the brilliance, color, and shape at any time.