New YSB freshmen got a double welcome March 26 from some of the business school’s professors and from alumni mentors marking the 10th anniversary of their program of giving back to the school by serving as advisers to students.

The first part of the ceremony, held in the Yonsei University Main Auditorium, began with a welcoming speech from YSB Associate Dean Dae Sik Hur and a short meeting with some business school professors who attended. Professor Il Im of Information Systems, told them, he was “delighted and proud to introduce the tradition of YSB to freshmen students every year at the welcoming ceremony, and I expect that current freshmen will become mentors after 30 or 40 years to welcome new freshmen." 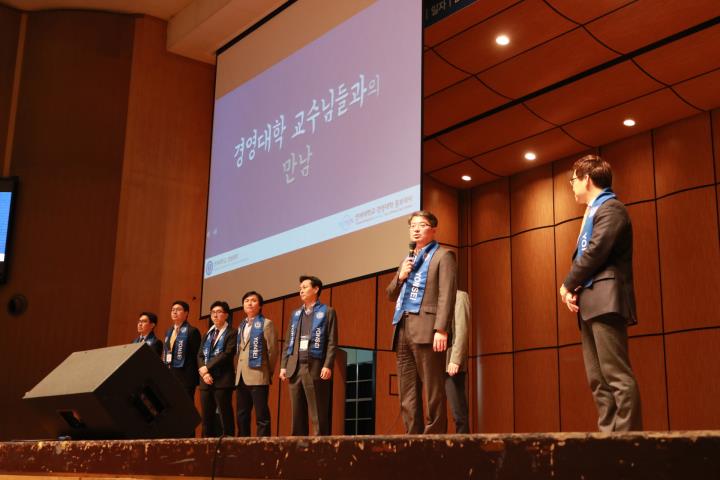 Next, members of BizYON, a student public relations club, conducted a quiz show that served to educate the freshmen about the Scholarship sponsored by the alumni, the tradition of a gift from a graduating class to an entering freshman class, and the three core YSB values.. 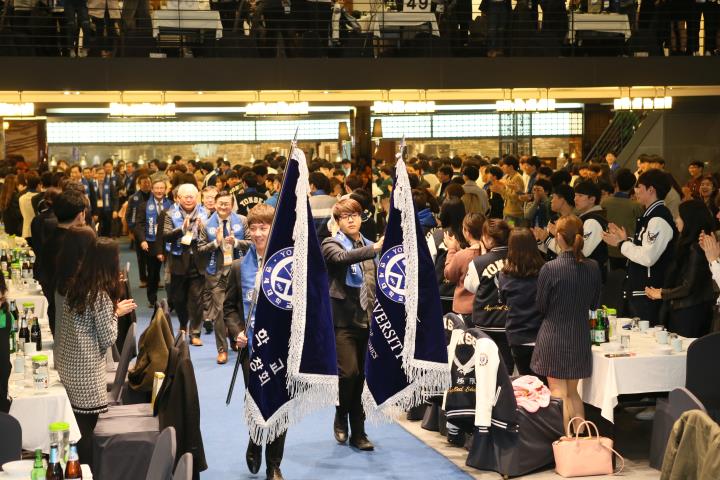 Kyung-Bae Suh, the president of YSB alumni association, emphasized that "this year is meaningful because it is the 10th anniversary of the mentoring and of the Blue Butterfly Scholarship.” Using the slogan "New Century, Together We Go, I Hope You Will,” he said, "I hope each alumnus sticks together like roots of a tree.” The powerful cheers and applause of the freshmen to alumni mentors make the ceremony more enthusiastic. Soo Yeon Lee (entering class of 1972, Business), a founding member of alumni mentoring, said, "As a senior and mentor, I would like to relieve you guy’s anxieties about the future." 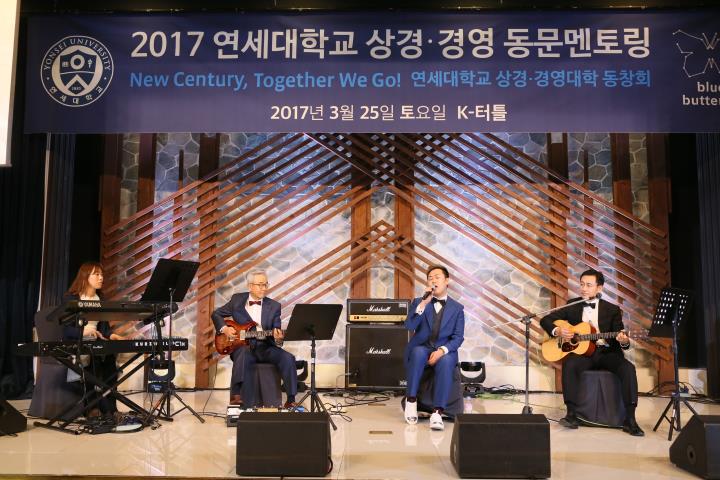 Mentoring began with 3 to 4 alumni mentors at each table with 10 to 12 mentees. The enthusiasm of mentoring was heightened by the enthusiasm of the freshmen who did not want to miss a word from the alumni. In the middle of mentoring, there was an introduction of the mentoring chronology and a presentation of best practices. In an interview before the announcement, Eun Suk Choi (entering class of 2009, Business), who was selected as an example of great mentoring, said, "I appreciate the mentors who have made efforts to continue mentoring since 2008. I hope all the freshman continue the mentoring for many years to come.” The second part of the evening’s ceremony concluded with a freshmen’s talent show and cheering led by Akaraka, a student cheerleading group. 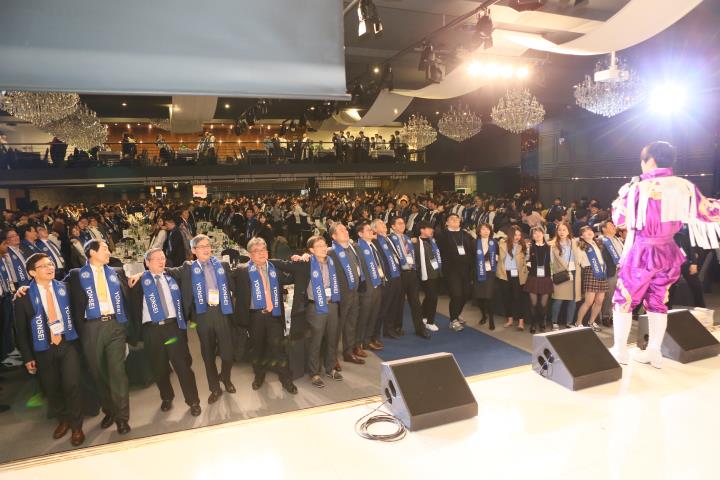 This mentoring event was hosted by the Yonsei Business Alumni, whose leaders represent 50 years of economic growth in Korea. They have a deep history and tradition as well as a strong network and are continuing their involvement at YSB as a place to cultivate talented young students. YSB freshman Kyung Hoon Kang commented, "After seeing alumni seniors who are actively working in a variety of fields, I am very proud of myself as an YSB student.” Another freshman, Hyeon Sik Kim, who was worried that mentoring time would be awkward because of the huge age gap between the mentors and students, said, "Despite my concern, I appreciate it because the seniors were so friendly, and I was impressed by the seniors' love.”