Only four teams advanced to the finals with proposals on how LG’s HR Department could best approach recruiting members of the Z generation. Based on the evaluation of LG's HR specialists, the Yonsei team won the championship with a proposal judged the most innovative and insightful. The team’s proposal, portrayed in a video, was that LG set up smart bus stops in Seoul as a way to enhance LG's image as an eco-friendly and smart company and as a way to approach members of the Z generation as potential customers and employees. In addition, they also suggested advertising a daily video of employees of the business to business division through the Social Network Services(SNS), as a way to demonstrate LG's organizational culture and the imagination at work in the company. They also got the opportunity to show their ideas to the world. 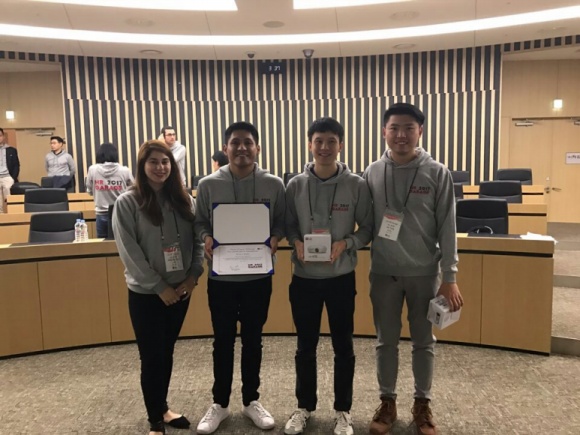 “Nutz ‘n’ Boltz” consisted of Melinda Courtney, Carlos Salazar, Joel Koh, and Jie Tang. The team of diverse international students attributed their success to their trust and respect for each other and their ability to draw on their professional fields of finance, law, business, and politics and submit and discuss ideas without rancor.

Team Leader Melinda Courtney said, "The most difficult part of the competition was the one in which we had to submit the problem analysis to an innovative solution in a day. The reason we were able to continue to concentrate in a 12-hour forced march was because we trusted each other. We could overcome the difficulties by bringing innovative solutions through the development process by respecting each other's ideas without criticizing them.”