The grand prize, the Minister’s Award by Ministry of Trade, Industry and Energy, went to team GRIT+SHAK made up of members Bo Heon Ha, Yeon Chan Ahn, Sehyun Shin, and Sung Jip Kim. Team JJS made up of members Chang Hwan Seo, Peter Lee, Younho Son, and Chang Joon Lee won second place, the Minister’s Award of the Ministry of Education. The Excellence Award went to team Immortal Thunder composed of members Hee Jung Lim, Jong Bo Kim, and Suyoung Kim. All winners expressed their gratitude to Professor Kyung Min Park, who provided insights into strategic management and encouraged them to participate in the competition. 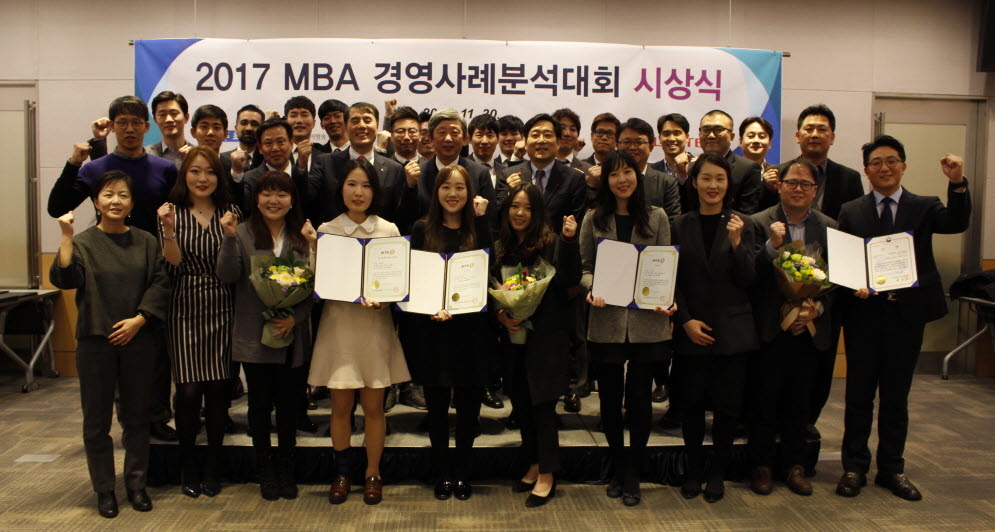 Team GRIT+SHAK, the grand prize winner, proposed an e-commerce strategy for the Lotte group that reflected the fast-changing societal trends in an aging society. The team’s presentation outlined how to enhance the convenience of a transaction with L-pay and a customized e-commerce platform based on a customer’s needs. Team member Yeon Chan Ahn, said, “It was not easy to participate in the competition as part-time MBA student. Still, I and other students who are interested in this field decided to work together, just for the experience. We are honored to win both the award and create such a precious memory.” During the preparation, team members worked to expand their insights through research on the Fourth Industrial Revolution of artificial intelligence, the sharing economy, Big Data, and e-commerce and by watching relevant content from YouTube and SERI(Samsung Economic Research Institute).

Members of Team JJS, which won second place, have been always interested in changing trends, along with changes in demographics. The team suggested that Lotte group expand the scope of its brand strategy from humans to pets and operate an amusement park for pets as a short-term practice strategy. Ironically, the team was happy to win the second-place award from the Minister of Education, who is also the deputy prime minister. Chang Hwan Seo, a member of the team, said “After applying for the competition, I was worried I would be a disappointment. Now I am really glad that I contributed to raising YSB MBA’s status even just a little.” He added, “The finals were held in October when most of the companies are busy with working on next year’s business plan. Every member of the team was under pressure as a Product Manager in charge of important projects while preparing for the midterm. We were too tired to think about drinking during October.” 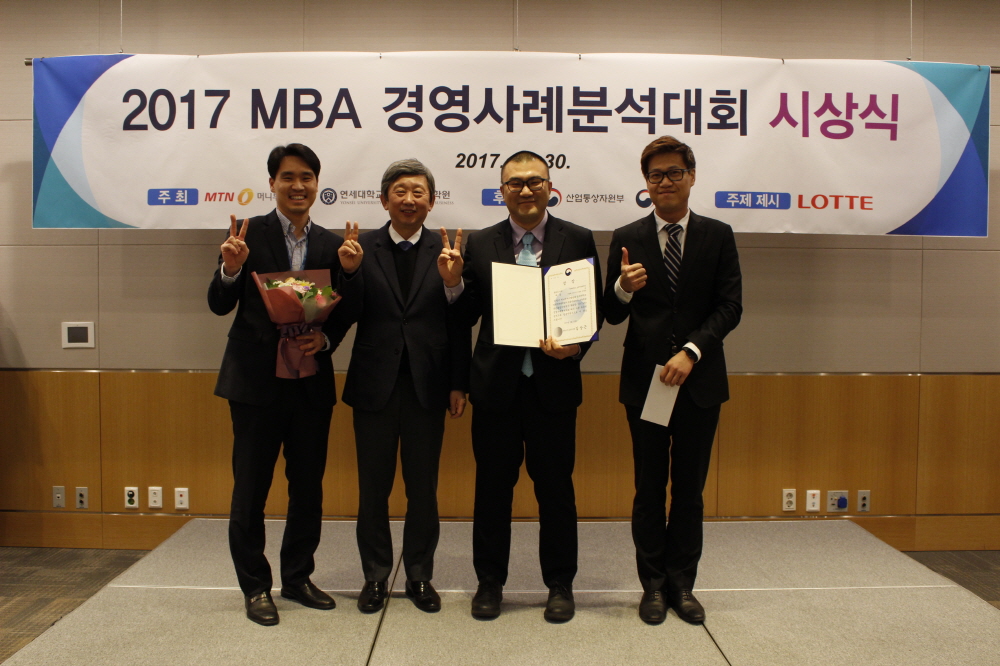 Team Immortal Thunder, winner of the excellence award, analyzed the change in Lotte’s business in terms of social changes in demographics, consumption patterns, and the rise of “New Seniors” with an aging society and suggested a corporate strategy focused on a bio industry that could use the infrastructure and other strengths of the Lotte group. Team member Hee Jung Lim said, “It has been a great experience to ruminate on the issue of the aging society of Korea and come up with solutions for it. It will be a great honor if our solution can contribute to solving the challenges of an aging society.” The team consisted of members who are the oldest among both CMBA Class 2 and the competition. While pursuing their dreams in graduate school as older students, they decided to participate in the competition with the hope of making memories and contributing to the school and society. 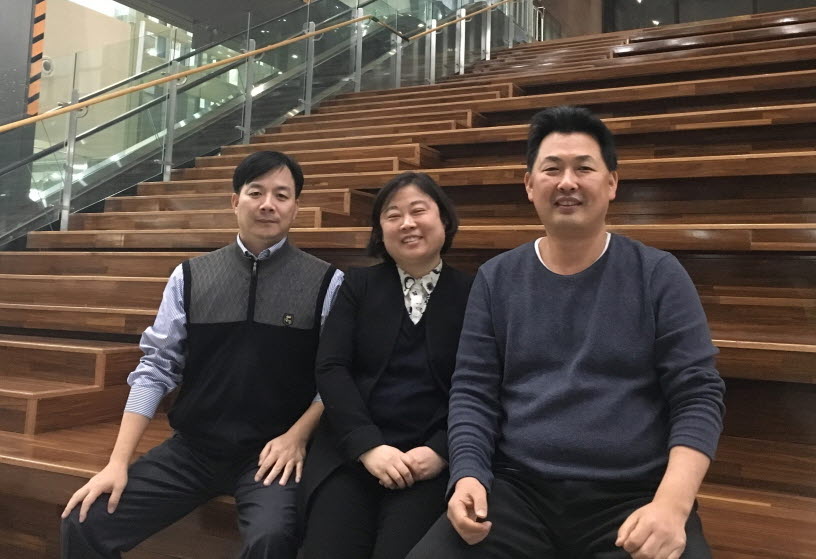 [Immortal Thunder team members (from left) Suyoung Kim, Hee Jung Lim, and Jong Bo Kim are older than other students in the competition.]