This semester YSB began a YVIP Class Talk series designed to have renowned guest speakers from diverse backgrounds, including the arts, share their insights about creativity and start-ups as part of advanced startup lectures. During the Creativity class of professors Dongyoub Shin and Subin Im, guest speakers with a diverse background, including cultural fields, spoke on how they achieved creativity. The Start-up class, taught by Professor Sung Joo Bae, invited start-up leaders to share their experiences.

Creativity: What is Creativity? 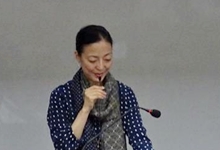 As the first guest speaker of Class Talk, Director Moon introduced the innovation process followed throughout the history of ballet. She defined the resource of innovation as the “pursuit of something new uncustomary.”

» Jin-Yeob Cha, Founder and Art Director of Collective A (September 21) 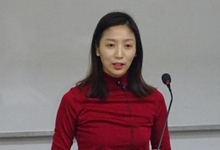 As art director of Collective A, an interdisciplinary dance performance group, Jin-Yeob Cha emphasized that dance is a form of art that entails not only visual but all other senses. She said that curiosity about invisible things is the first step in creative thinking for anything, including dance. “You cannot move people beyond appreciation with creative ideas only,” she added, “Training to refine and elaborate those ideas is crucial.” 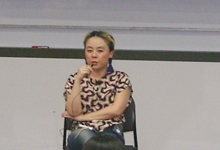 “Anyone can be an artist with great concepts,” said Nikki Lee, the artist. In starting her work “‘Project” that eventually brought her worldwide recognition, she was relentlessly looking for a concept for her work. In a discussion of the most important element of art, she said “Telling the story that only you can tell is the key. If you want something creative, you have to keep looking and learning inside of yourself.” 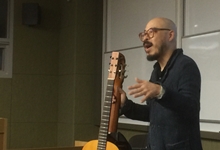 Music director Byung Woo Lee spoke on how to be creative in music, saying that feelings and instinct should come before musical textbooks. “There is no such thing as ‘the right way to do things’ in this world,” he continued, “Express and develop yourself in your own way.” 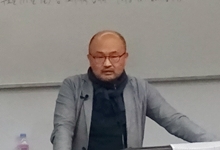 Architect Doojin Hwang explained that creativity is made through the collaboration of different ideas, not one brilliant idea.He emphasized individual creativity as well as networking with other people to develop and improve ideas. Using visual examples of his major works, Hwang shared how a creative idea at the individual-level achieved progress over time. 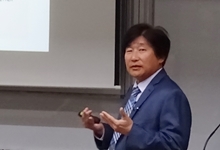 Sang Hoon Lee, CEO of ABL Bio, spoke on three important elements of a start-up; Opportunity, Entrepreneurship, and Resources. Because all three entail uncertainty, he also mentioned that entrepreneurs should always be prepared to identify opportunity.  Lee emphasized that profit should not be the ultimate goal of a company, saying, “Corporate vision must have value and philosophy beyond profit. Sharing that vision with employees should be the next step.” 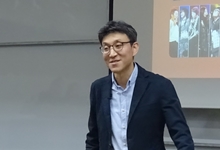 Yugon Kim, PD at tvN, shared his experience in how he became a producer and planned programs. One of his programs, “Dad! Where Are We Going?” quickly became one of the most beloved TV programs nationwide with its original and experimental format. A program called “Brain Survival” marked his success with creative editing. He said, “Creativity sometimes comes from the mismatch between things that seem completely irrelevant. When you find a connection among things that don’t go along, you can discover the creative hybrid such as an example of “I am A Singer” that put together concepts of survival and singers.” 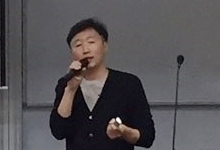 Byungchan Kim, CEO of Fluxus Music, opened his speech by introducing the differences between music streaming service in Korea and abroad. Koreans focus on Top 100 music, he said, but foreign music streaming services focus more on discovering new music. Kim also mentioned that increases in the shares of revenue by producers and a fair distribution of profit based on contributions will both enable music production on a larger scale. “It is a relief that Korea is still one of the countries where the independent music sector is prominent, despite its harsh environment,” he said, “Music can be diverse only when independent and major music coexist in just proportions.” 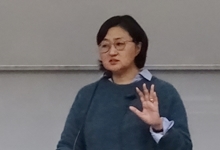 With the creation of famous brands such as Market O, CGV, and Beksul credited to her, Hee-young Noh, CEO of YG Foods, spoke on the responsibility that goes into building a successful brand. “The attachment and responsibility that go into raising a child need to be equally applied to establishing a successful brand.” She shared a lesson about how everyday activities can be insightful at a workplace. Noting that understanding social trends is important, she said, “Always be keen to understand why consumers are excited about certain things.” 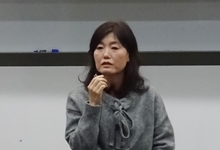 Asking “why?” several times during her speech, writer Insuk Kim spoke on the importance of questions such as “Why would he do this?” and “How would it feel like?” to understand life and characters in her stories. Kim said that to write a novel, she rebuilds historical facts based on her curiosity, just as she did to write her history novel Sohyeon (That Day) from her short story Bye, Elena. “A good novel brings out different views from its readers,” she said.

Startup: Start-ups from A to Z, The Start-up Ecosystem and Its Trend 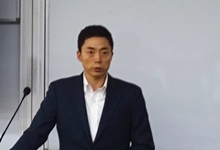 Hyungsub Choi, the manager of SKT, spoke at a session that explored a venture fund’s structure and its funding strategy.He explained how investors adopt different perspectives at each stage of funding, including seed, Series A and B, and emphasized how to attract capital accordingly. In introducing unfamiliar venture funds,Choi encouraged students to attract venture capital in various ways. 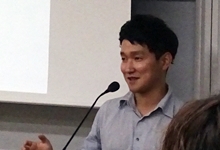 In his speech, Min-Suk Lee, CEO of TNDN, shared his start-up experiences from team building to funding and gave some useful tips. His advice was to allot at least six months for funding and to come up with a one-year plan to use the capital. Lee said it is important for a start-up that requires more seed capital to seek government support; however, he warned against indulging in such support to the extent of ignoring the profit model. 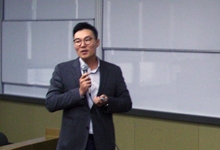 Sejun Jeon, Senior Attorney at the Jeha Law Firm, spoke on the legal problems facing a start-up and their solutions.The speech dealt with legal issues of private firms and business corporations’ registration, business idea protection, and writing contracts with investors. He emphasized that legal review is necessary for a start-up not to collapse due to a legal issue. 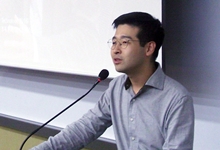 Dongho Kim, CEO of Korea Credit Data, talked about the future of start-ups in a fast-changing environment. He emphasized always keeping track of the competition and not losing sight of trends and changes in the world. After his speech, students commented that they realized the necessity of understanding social change and trends even though it is easy to focus on work related to start-ups and neglecting what others are interested in. 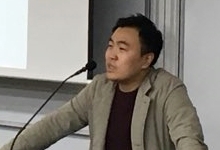 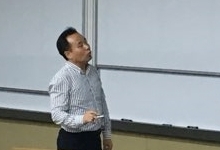 In the process of running D.CAMP and observing the start-up ecosystem from up close, Kwang Hyun Kim, Center Director of D.CAMP, spoke on the entrepreneurial attitude and the promising field for start-ups. “Opportunity always passes by your life in silence,” he said, “Still, there are some people who grab it when others can’t.” In concluding his lecture, he said, “Being the first to discover and respond to any inconvenience or necessity in daily life can be a key to success.” 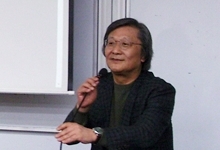 Eun-kwan Park, CEO of Simone, the No. 1 luxury handbag ODM(Original Development Manufacturing) company in the world, shared the success story of the company. Answering a question about how he first started to collaborate with luxury brands, he said, “Never be afraid to pioneer to be the first.” He emphasized communication and trust with the best craftsmen in the world as a key to successful B2B collaboration. Also, CEO Park picked qualifications, financial planning, and timing as three tips for start-ups. He said, “You can achieve success by preparing for both future opportunity and risk. Chance comes to those who are already well-prepared to use them.” 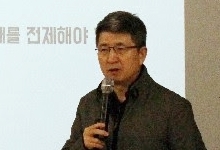 In his lecture, Eunkang Song, Managing Partner at Capstone Partners, explained that the recent start-up ecosystem is moving toward lean start-ups that require less funding and simplified procedures.  He said a start-up needs to move fast with lean techniques, with a focus on interaction with customers. He gave three pieces of advice to students looking forward to running a business:(1) Always expect a start-up to fail; be prepared for the worst scenario with a Plan B. (2) Move fast rather than try to be perfect. Pursue efficiency over perfection in a fast-changing world. (3) Alone is never enough—teamwork matters. With whom you do is more important than what you do. 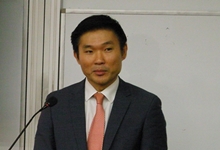 Sanghyun Lee, head of Public Policy at Airbnb, spoke on the growth and corporate culture of Airbnb. He said the key to the success of Airbnb, unlike any other type of accommodation, was to share residential life with the support of public policy. He concluded his speech by saying, “My expertise accumulated through studying public policy turned out to be my greatest asset. If you keep building your own expertise, an opportunity will come to you even when you do not expect one.”