Team Geonmulju (“landlord” in Korean)’s “Frienting” app to link friends with common interests and Team Frism’s project to aid the visually challenged in shopping for clothes took the grand prize and excellence award, respectively in November in the finals of the start-up track of 2017 YSB Global Start-up Program held by the Yonsei Venture, Innovation & Startup Program with the support of the Yonsei Enterprise Support Foundation.

In the Idea Track of the program, the grand prize went to Team First Penguin for Doctor Calendar, a personal vitamin package that minimizes the inconvenience of repurchasing and taking a dietary supplement. Team DARENDAB won the excellence award for PlaC, a community platform for sharing and developing innovative ideas. The team also was selected for an internship program in Level 39 of the Global Start-up Accelerator program. Grand prize and excellence award winners received prize money of 1.5 million won and 0.5 million won, respectively.

The competition was held in English and on two tracks. Teams with experience in previous start-up competitions were eligible for the start-up track. The Idea Track was open to teams without such experience. Judges were YSB Dean Young Ho Eom; YSB Associate Dean Daesik Hur and Il Im; Director of Yonsei Enterprise Support Foundation Hong Gyoo Sohn; and YSB Professor Subin Im.

YSB Dean Young Ho Eom congratulated all award winners, saying “every idea presented in the competition was innovative and competitive to enter global market” and encouraged students to develop their own unique businesses based on even bigger dreams. 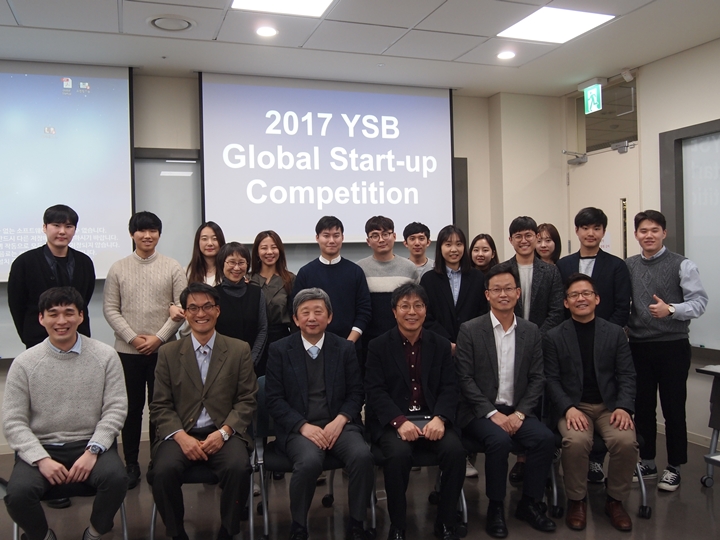 In Idea Track, the grand prize was awarded to ‘First Penguin’ and excellence award to ‘DARENDAB’. Team ‘First Penguin’ presented ‘Doctor Calendar’, a personal vitamin package that minimizes the inconvenience of repurchase and intake of dietary supplement. The community platform ‘PlaC’, presented by team ‘DARENDAB’ is for sharing and developing innovative ideas.

Grand prize winner of Start-up Track is team ‘Geonmulju’ (means ‘landlord’ in Korean) who introduced the app ‘Frienting’ where users can find friends to join together in various activities. Team ‘Frism’ won excellence award with a project to help visually challenged users with shopping for clothes with color symbols. 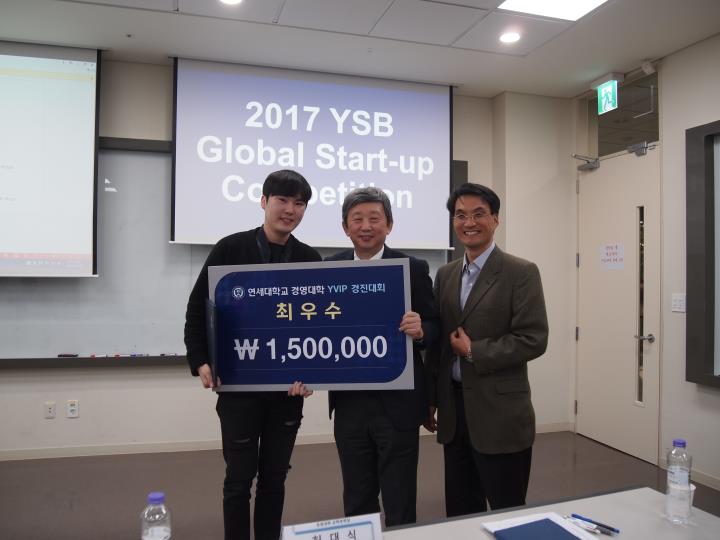 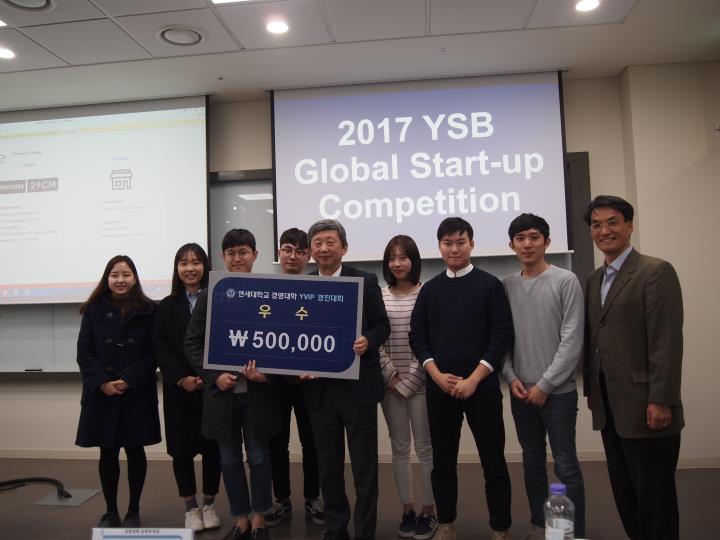 [Members of Team DARENDAB show their prize for the excellence award on the idea track of the two-track competition. This track was open to teams without business experience or participation in previous competitions.] 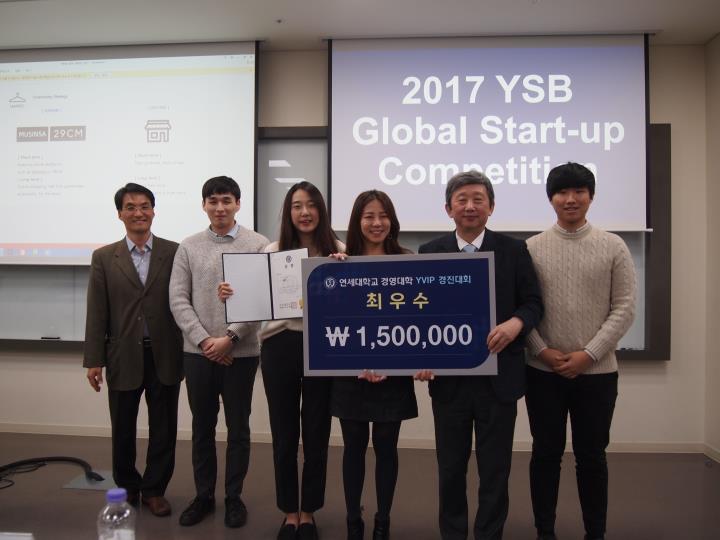 [An app to link people with common interests won the grand prize for Team Geonmulju in the start-up track.] 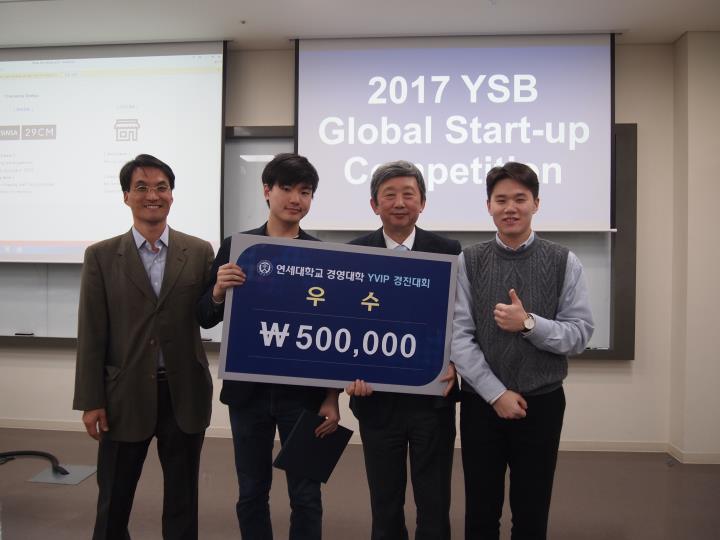 [The excellence award in the start-up track went to Team Frism for a project to aid the visually challenged in shopping for clothes.] 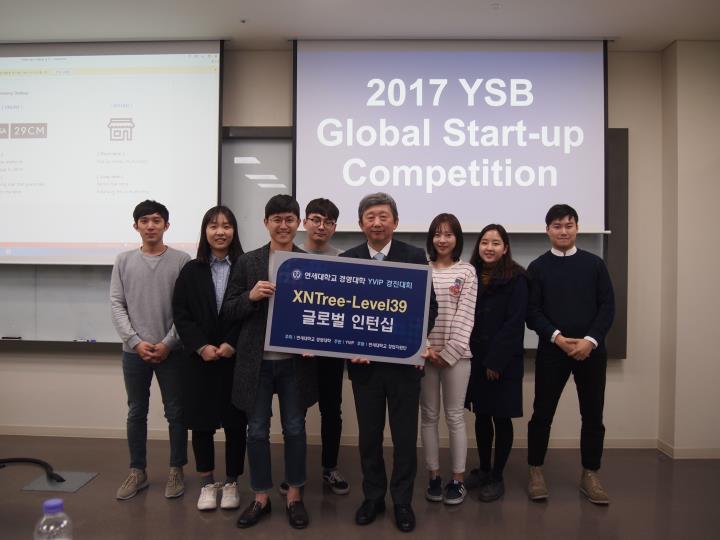 [In addition to its monetary prize, Team DARENDAB was selected for an internship opportunity in the XN Tree-Level 39 program.]

[The Final Results of the Competition]