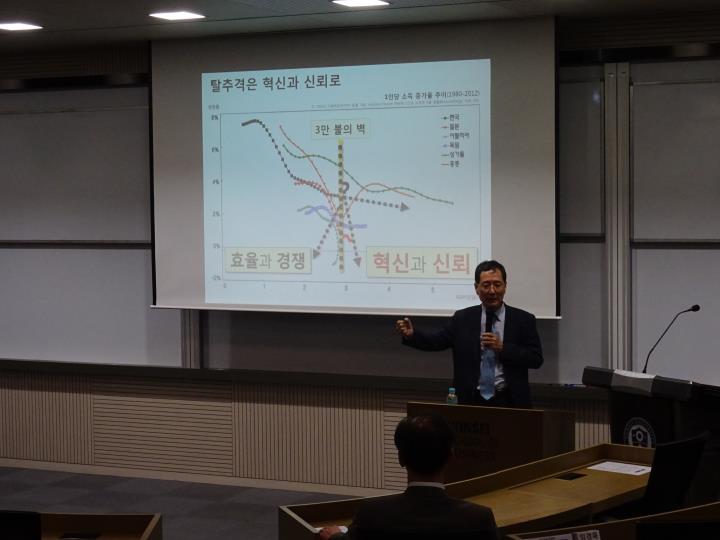 [Min Hwa Lee, chairman of the Korea Creative Economy Research Network, told students that Korea needs to emphasize innovation ahead of efficiency to ensure continued economic growth. He also said the leadership is likely to come from small organizations led by entrepreneurs.]

Min Hwa Lee, chairman of the Korea Creative Economy Research Network, spoke at the fourth colloquium on October 13 on “Innovation and Entrepreneurship.” Calling innovation a paradox, Lee emphasized the role of small organizations that embrace open innovation, open platforms, and in-house ventures, in solving the paradox. He proposed a cycle that resembles the concept of yin and yang as a model of inclusive growth that permits simultaneous separation and co-existence of efficiency and innovation. “For the sake of true innovation, a mutual growth system for business and government and individual entrepreneurship is necessary,” he said. 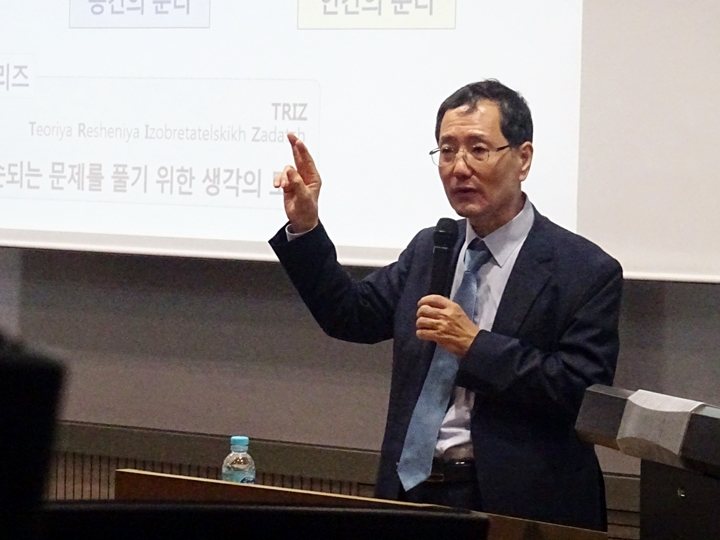 He also advocated for a change in the Korean economic growth model to innovation from efficiency. He said individuals, not the system, are the likely source of such a change and that entrepreneurship is the source of the needed leadership for this change that moves innovation to the forefront. 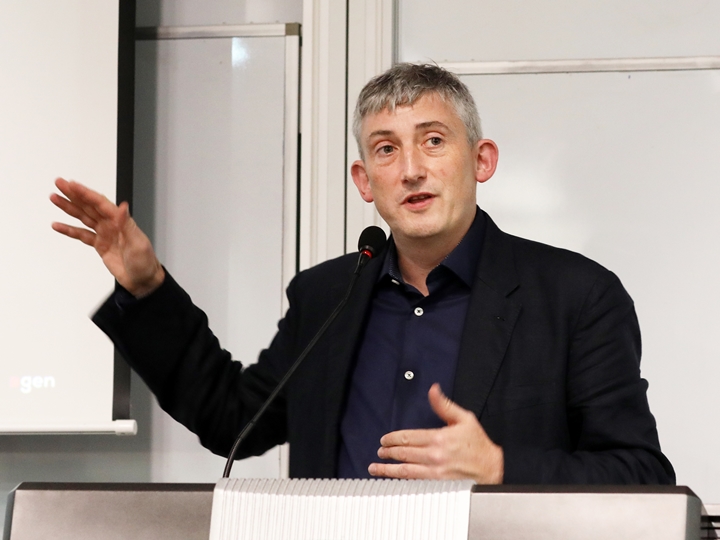 [Garvin Starks, CEO of the Open Data Institute (ODI), emphasized the benefits of open data to every link of a business’ supply chain.]

Gavin Starks, CEO of the Open Data Institute, called for businesses to take a clear-eyed role of data in organizations in his address on “Data and Humanity” in the fifth colloquium held October 25.

Starks majored in astronomy in college, but has moved into the front line of open data research, a change that started with his curiosity about data application based on his start-up experience. He emphasized the value of open data as a stance that can benefit every participant in the data supply chain no matter the field or domain, with this accessibility to data eventually becoming the foundation of growth.

To achieve long-term success, rather than merely pursue short-term profit maximization, he said, business in processing immense volumes of information needs to pursue open data with a clear strategy and definition of its relationship to operational goals. 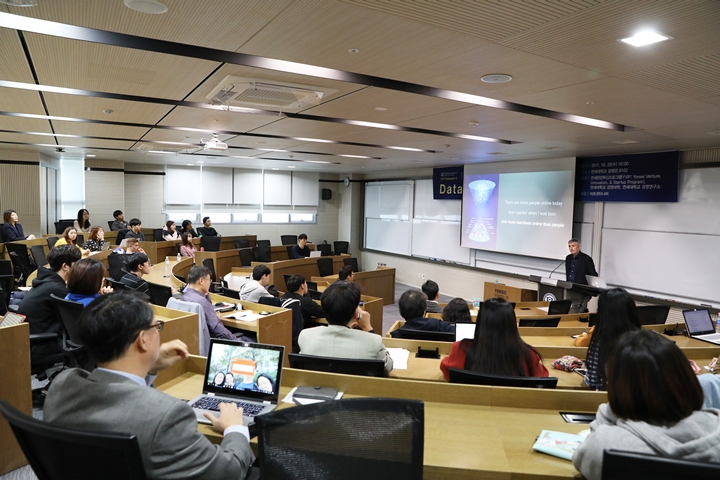 [Gavin Starks told his audience about how his curiosity about the role of data led him away from is academic background in astronomy.]

The YVIP Colloquium Series was designed to complement the goal of YSB to serve as a hub of innovation and a creativity platform for global start-up innovators. The series features speakers addressing specific topics to help students see the world in a whole new light. This series is hosted by YSB and run by the YVIP (Yonsei Venture, Innovation & Startup Program).