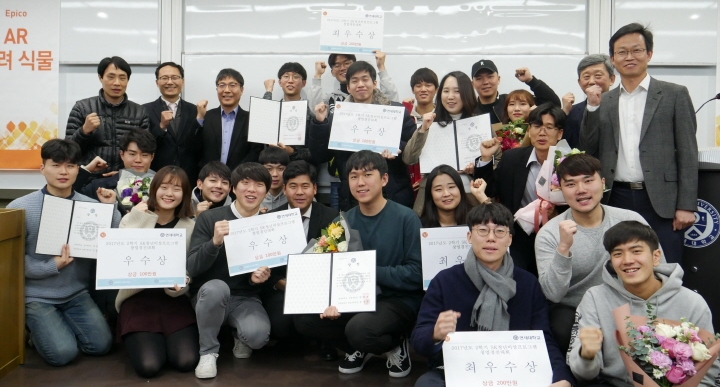 Yonsei Enterprise Support Foundation Chairman Sohn said in his opening remarks, “I hope today’s competition will be an opportunity for you to show your technology and ideas to your market.”

YSB Dean Young Ho Eom said, “Being part of today’s startup competition will be meaningful regardless of the result. If you take a challenge, you may become the next Bill Gates, but you get nothing without any challenge.” He also encouraged the students by saying, “Today may be a turning point in your life.” 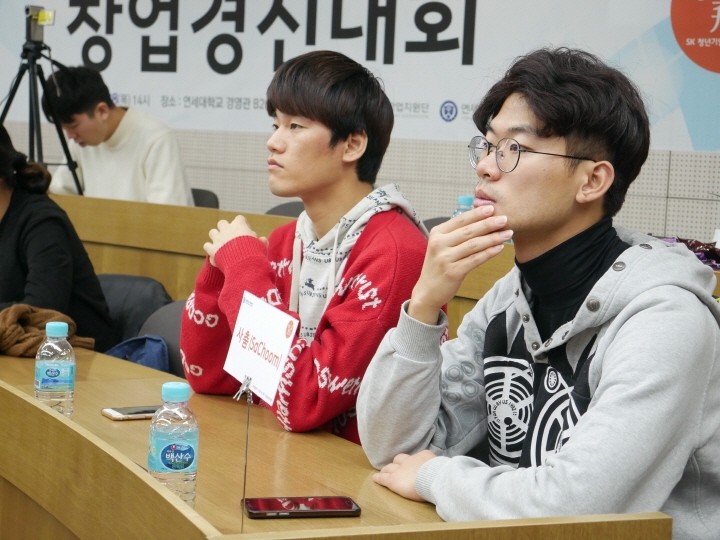 Nine startup teams — Sports & Kinetics, NinetyApps, Me-on, Frism, Sachoom, Freemel, Epico, IO, and AlphaGo — competed. During the presentations, the teams showed judges how to use their apps and presented demonstration videos about their items. Team AlphaGo brought sample products of Emotional Pot to the competition. The judges gave pointed feedback to participants regarding current problems and the future direction of item development. Revenue structure and competitive advantage also became main topics of discussion. 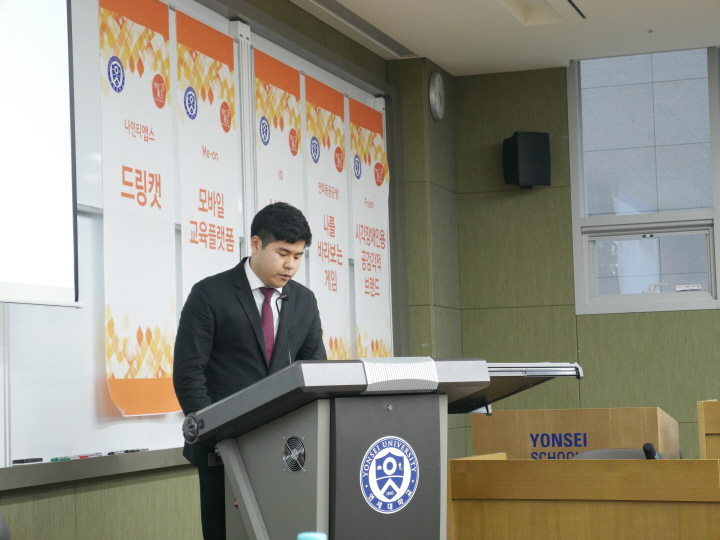 In his closing remarks, YSB Dean Young Ho Eom said, “You should never give up, even when things get rough, just like the saying, ‘Failure does not exist until you quit.’” The competition awarded three teams grand prizes and another three teams received excellence awards based on assessments of innovative and technological excellence and business value. The grand prizes went to NinetyApps, Frism, and Sachoom. They each received 2 million KRW and moved up to the finals. If they win in the finals, they will get direct support from SK. The excellence awards went to teams AlphaGo, IO, and Epico, each of which received 1 million KRW and a trophy.