Seok-Hyun Hong, CEO of Joongang Holdings, former CEO of JTBC, and Korea’s former ambassador to the United States, urged Yonsei students in a speech in April to pursue both their dreams and the enjoyment of beauty in the course of their careers and personal lives. 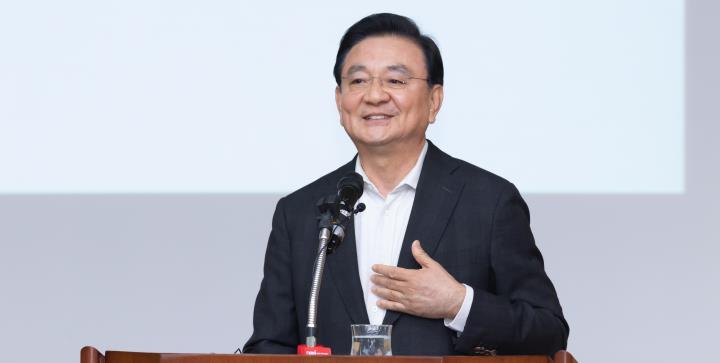 He spoke as the invited speaker for the second address in the Global CEO Lecture series of the Yonsei Venture, Innovation and Startup Program, which was jointly sponsored by the Institute of East and West Studies and the Yonsei University Leadership Center.

He spoke for an hour on the topic of “Living My Own Life” and said he hoped his speech would be helpful in the lives of members of his audience. However, he conceded,  “It is very difficult to effectively draw sympathy through public speech. However, as Winston Churchill’s ‘The Iron Curtain’ speech and Steve Job’s graduation speech have done, some speeches can change the world.”

Although he was born and raised in an affluent family that gave him a head start on success, he said he had had to undergo some hardships like the fallout from his nomination as a Korean representative of the secretary general of the United Nations. However, he said this time of hardship made a huge contribution to his personal growth. “Every cloud has a silver lining,” he said, advising his listeners not to give up in the time of trouble.

Seok-Hyun Hong said that the unemployment crisis that young people face is not limited to Korea but also a problem in Japan and China. He noted that experts predict that the millennial generation may be the first generation that is poorer than their father’s. But Korea has a strong brand power and charm because of its cultural content, which enables its sustainable growth of a country. And he added that, at the same time, self-development is a way of changing one’s fate. 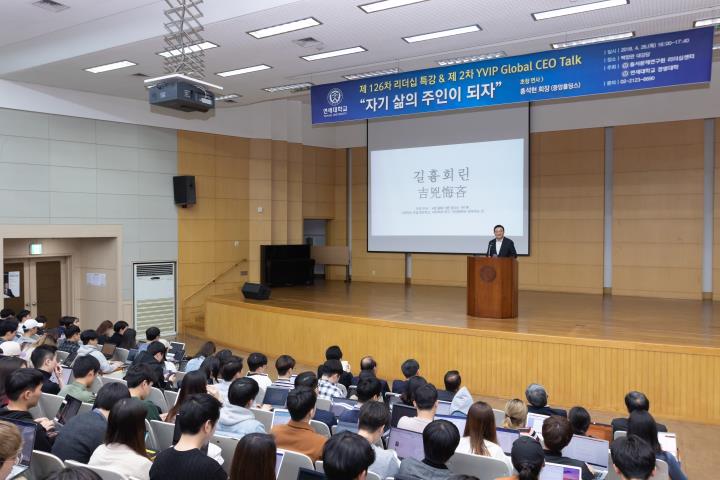 Although it might sound like a cliché, he said, members of his audience should nevertheless “chase the dream.” Even when dreams are not fully realized, he said, the effort put into chasing them yields results. As illustrations, he brought in the modern case of Shonda Rhimes and the ancient one of Confucius. He also emphasized the need for contrarian leadership that makes things possible when everyone else says “no.”

Lastly, Hong emphasized that playing hard is as important as chasing a dream. He said a person who devotes himself or herself exclusively to work finds old age a burden. Plus, he commented that having a healthy hobby enables one to avoid obsessively chasing money, honor, and power. He closed his speech by saying that a person with these virtues and a respectful attitude toward his or her neighbor is suitable for leadership.