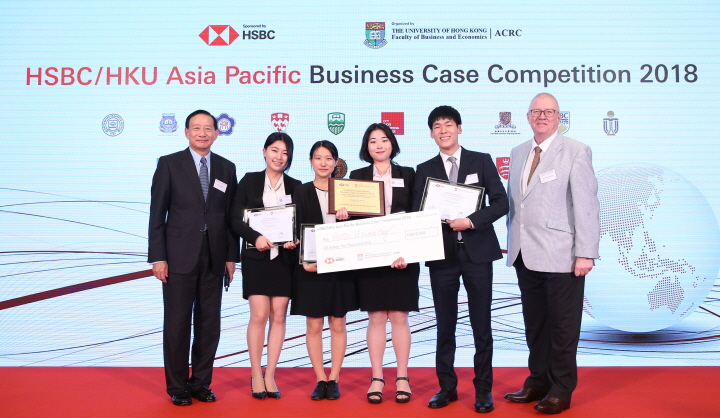 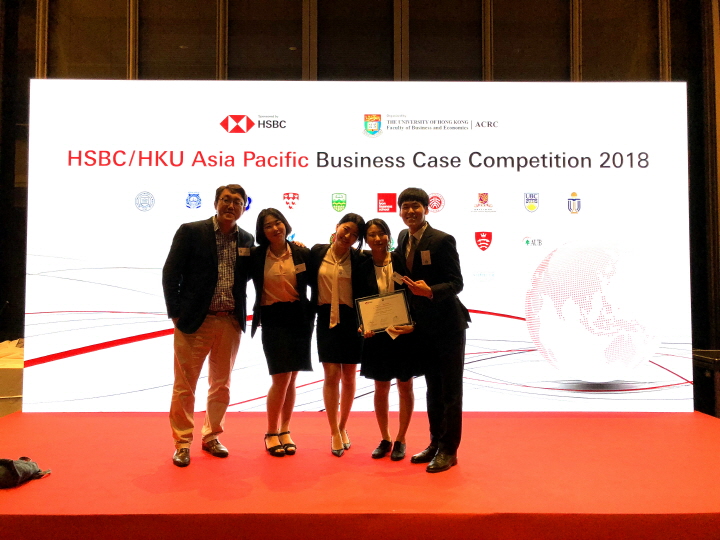 To earn the championship, the team had to survive three preliminary knockout rounds in which each round dealt with different topics about different case studies in different industries. The first round was about real estate ventures, the second about British retailer Mark & Spencer’s operations in the Chinese market, and the third round was about the Cathay Pacific airline. The final and deciding round — with only three hours to prepare — was about Malta’s healthcare privatization

Team leader Seung Hee Cho emphasized that the team never wavered from its original commitment to its goal of succeeding in the competition. After each round, team members returned to their lodging to analyze the video record of their competitors’ presentations and to focus on fine-tuning their own skills and content.

“I appreciate the business school for this huge opportunity,” Cho said during her acceptance speech, “and I am especially grateful to Professor Sung Joo Bae for his insightful teaching during our two months of preparation. His special vision and differentiated ways of case analysis and presentation nourished us on our path to victory. It was a huge honor to take part in this international competition as his student.

“During the two-months-long preparation, we were able to broaden our knowledge about this field and learn about the cases of various firms and industries. Moreover, we learned how to consider the process as being more important than the result, enlarged our networks among the students from various countries, and felt very proud to represent the Yonsei School of Business and Korea.” She thanked her teammates for their hard work and devotion to the team and for the trust they put in her as the team leader. The other team members also expressed their appreciation of Professor Bae and the Yonsei School of Business.

Professor Bae said, with obvious pride in the success of the team, that watching the growth of his students in their problem-solving skills is the most meaningful and rewarding aspect of teaching. “Our students completed case analyses and prepared solid presentations within the extreme time pressure of three hours. It is especially significant that our students completed almost perfect case analyses while competing against students for whom English is their first language.”

Professor Bae also emphasized the need for education applicable to the real world of business by integrating the academic knowledge of various fields of business studies such as marketing, accounting, finance, management, organization, and management of technology to solve various problems that firms and society encounter. 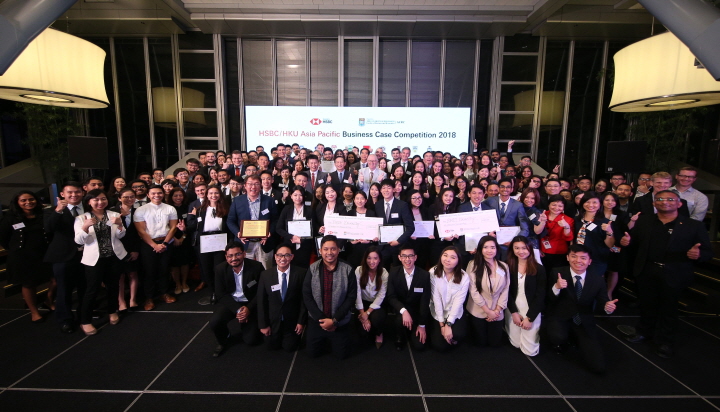 In addition to their exhilaration and delight in their victory, the students said they made valuable and lasting memories from their experience. “It is an impressive memory that we had an initiating ceremony in the observatory on the 100th floor of the ICC building,” Soo Gee Lee said. “And throughout the many coaching programs and team building activities, we were able to learn a lot from getting close to and freely exchanging our opinions with college students from many different countries.”

Jihoon Kim recalled that “it was very difficult to analyze the case for the final round that was about the systematic reform of medical care and the strategy of enhancing the penetration rate of medical services through the partnership of the private and public sectors of Malta, a small island country in Southern Europe. It was even more difficult to go through the pressure of being in the final round, but we could effectively overcome this stress through our team chemistry.”

“This competition was filled with moments that will never be forgotten,” said Eun Young Jung. “I have participated in many competitions in the past, and in most of the cases, each person focused on his or her own work and could not help the other members. The past few months, however, taught me how to respect each member’s opinion. And the moments when we were discussing the feedback from Professor Sung Joo Bae and those when we were nervously waiting for the result are something that can never be easily experienced.” 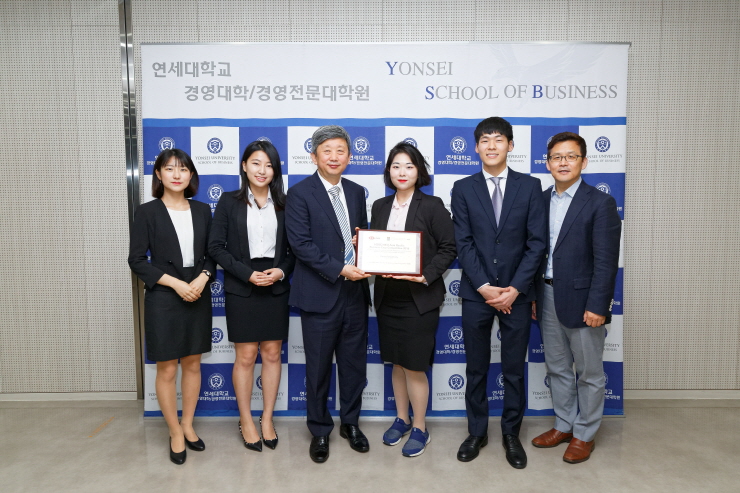 The students gained from the competition some things more valuable than the championship. These include not only knowledge and analytical skills, but also mental agility, problem-solving skills, and how to respect and incorporate the opinions of others.

The video of the final presentation of team Yonsei University Business School is available at: