The YSB two-year MBA program’s inclusion in the 2018 world’s top MBA programs of the Times Higher Education (THE) and the executive MBA’s repeat placement in rankings by the Financial Times (FT) mark a continuation of the worldwide recognition of the school in business education and its premiere position among Korean programs. 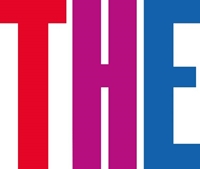 The Yonsei Global MBA ranked 52nd overall this year in the two-year program category of the THE. The evaluation primarily considered resources, engagement, outcomes, and environment. The YSB program ranked 30th and 32nd, respectively, on resources and environment, with both scores reflecting the school’s efforts to secure faculty not only skilled in education and research but also diverse in terms of gender and nationality. This was the first year that THE and The Wall Street Journal collaborated in the evaluation.

In addition, THE ranked the “MS in Finance” of Washington University’s Olin Business School in St. Louis, USA, second in the world in its category. The Olin Business School has a dual-degree program with the Yonsei Global MBA, demonstrating not only YSB’s linkage with world-class programs but also its efforts to create opportunities for both universities to grow and develop together to the benefit of their students. 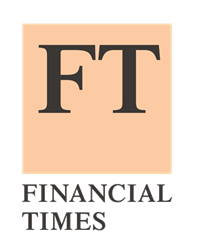 The YSB’s part-time Executive MBA (EMBA) ranked 51st in this year's Financial Times MBA evaluations, maintaining its ranking among the world's top 100 MBA programs. The criteria for the FT ranking are based primarily on the career development of graduates, the diversity of students and faculty, academic performance, and corporate social responsibility (CSR). Among these evaluation criteria, Yonsei University received the best evaluation results in Korea on CSR and a final ranking of 20th in the world. The CSR was a new category this year, and YSB’s outcome reflects Yonsei MBA’s core emphasis on ethics.

In addition, the Yonsei EMBA performed remarkably well in the evaluation of career development, ranking in 13th and 14th in salary increase and career progress, respectively. This shows that the EMBA is fulfilling its educational goal of enhancing its student’s management capabilities.

Since its establishment in 1965, the Yonsei Graduate School of Business has fostered business leaders who foresee and anticipate changes in the world through industrialization, democratization, and globalization. Professors involved with the Yonsei MBA will continue their efforts to have it lead the nation and world by educating leaders with a keen sense to recognize trends and changes in corporate environments.