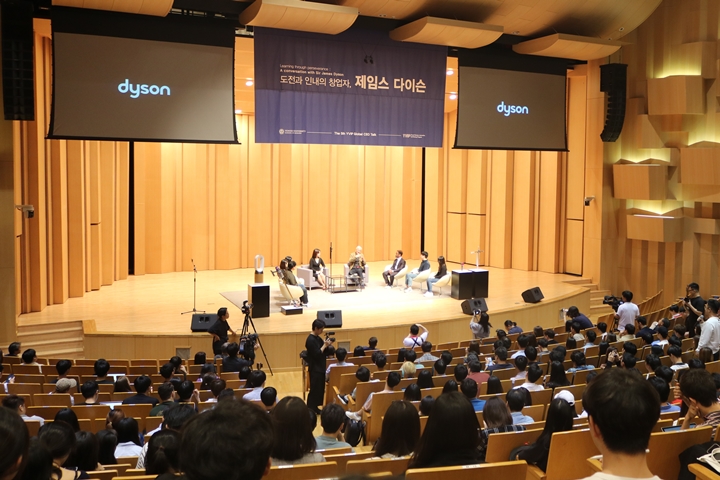 Unlike previous CEOs’ presentations, Dyson’s was held as a conversation with a Yonsei University student panel that included the winner of the 2016 The James Dyson Award in Korea.

Kil-Soo Suh, dean of YSB, welcomed Dyson, and said he hoped Dyson’s remarks about his career would inspire students about the future. 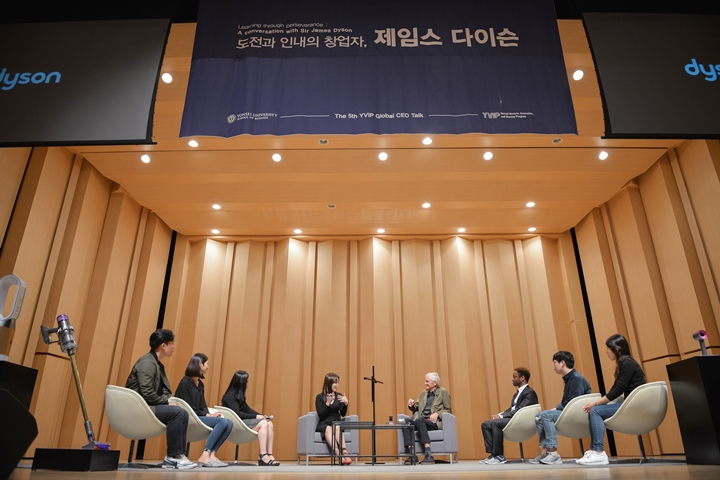 In emphasizing the importance of “challenging,” Dyson, who produced 5,127 prototypes over five years before succeeding with the world’s first bagless cyclonic vacuum cleaner and founding Dyson in 1993, said it is worthwhile to persist in trying out approaches others think wrong. Developers should have a challenging spirit, he said, and neither succumb to a society lacking radical "changes" nor settle for "comfort."

“The most difficult time in a marathon race is the moment you have to run more," he said, elaborating on the value of persisting in the face of challenges. 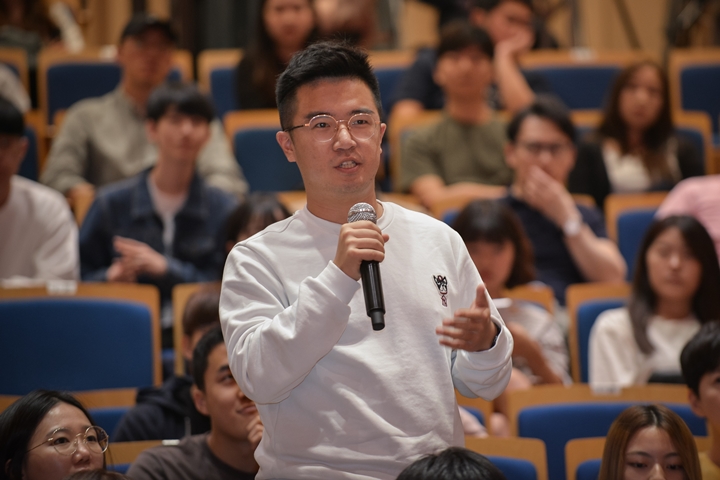 Dyson also noted that his company does not employ any designers, prioritizing performance over design by treating product development itself as a design process and having engineers themselves act as designers. Products are worthless, he said, if their appeal is based on appearance but deliver subpar performance to the customers who buy them. 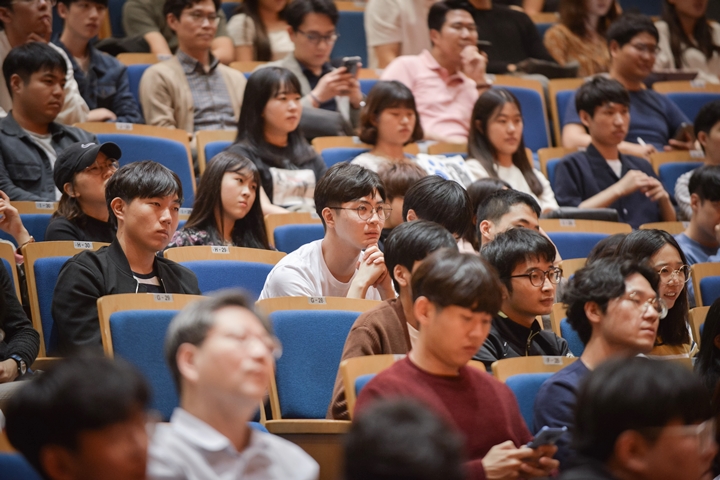 Dyson founded the James Dyson Foundation in 2002 to foster the next generation of engineers and since 2004 has conducted an annual international contest that culminates in the James Dyson Award. He also established the Dyson Institute of Engineering and Technology in Malmesbury, England, in 2017 to address the shortage of engineers in the United Kingdom. 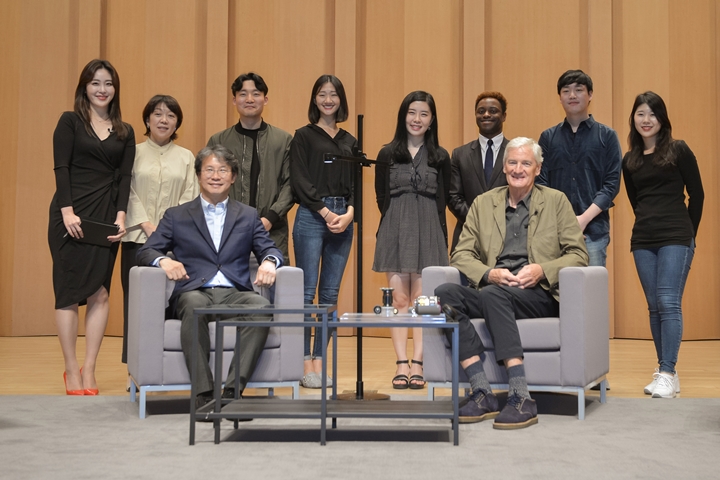