Two YSB alumni won the Grand and New Scholar awards in December at the second Sangjeon Academy Excellency in Channeling and Retailing program of the Korean Distribution Association. 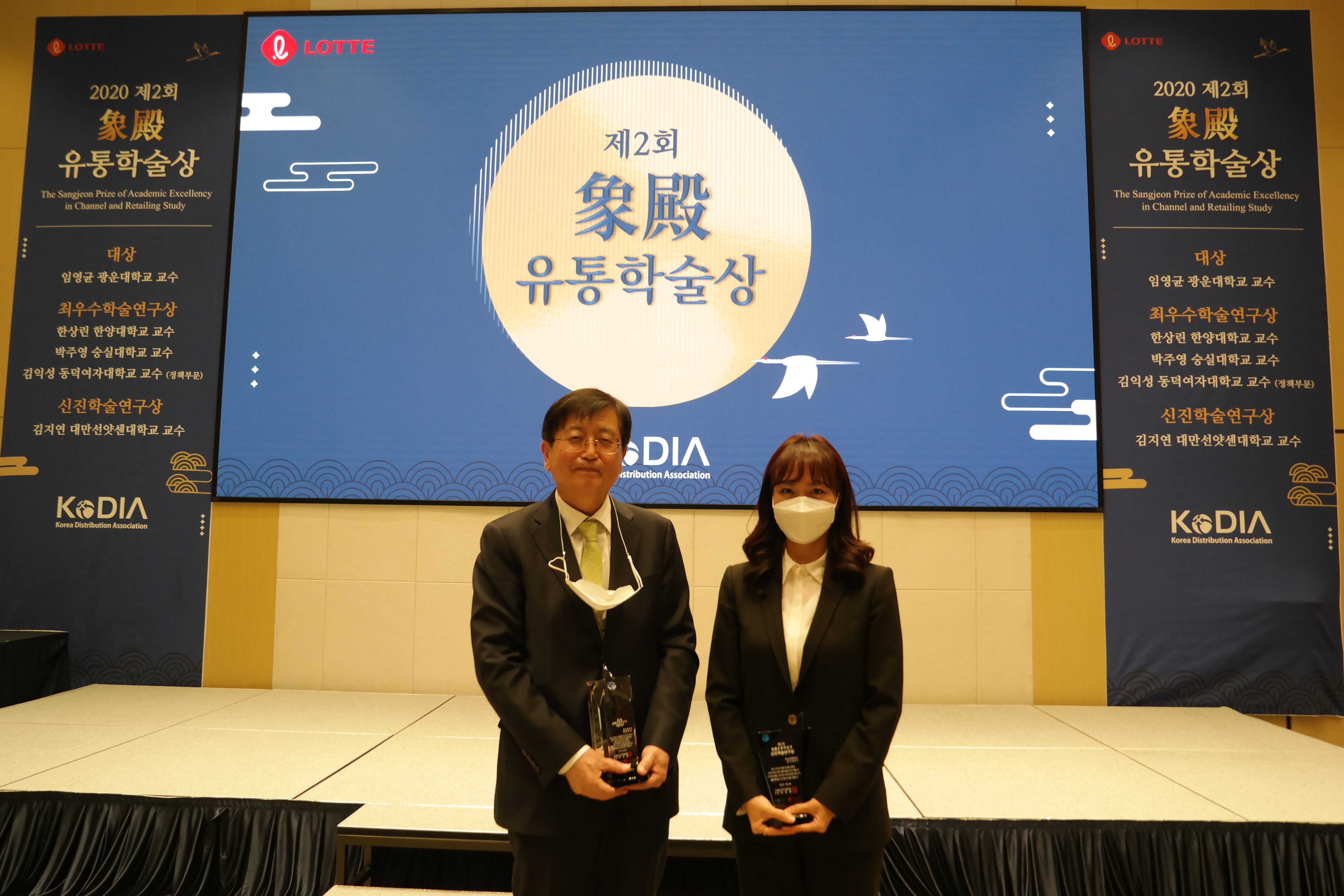 Alumnus Lim said he wanted “to share the honor of the award with my teachers, senior and fellow professors, and students who helped me and did research with me." He then told stories of his life at Yonsei University, where he indulged his fondness for baseball and music by serving as the pitcher for the team of the College of Commerce and Economics and also working as a part-time DJ at the Eagle’s Café across the street from the school. Then he returned to discussing the distribution industry, emphasizing the importance of trust-based relationships for success and conveyed his philosophy of win-win cooperation and shared growth.

His award, he concluded, represents “the most memorable moment in my 40 years of teaching."

Alumna Jeeyeon Kim, who received the Emerging Scholar Award, said, "The Ph.D. course at Yonsei School of Business was so valuable to me that I devoted my life ?to academics?; it brought me great happiness to be able to share my thoughts and research." She added, "It was a turning point in my life to meet Professor Jeonghye Choi at the Yonsei School of Business." Finally, she ended her acceptance speech with a promise to continue to “focus more on research to help develop the Korean distribution industry."

Sangjeon Academic Excellency was established by the Korean Distribution Association and sponsored by the Lotte Group to commemorate the achievements and business philosophy of the Honorary Chairman Kyuk-ho Shin (pseudonym “Sangjeon”), who devoted his life to developing the Korean distribution industry to be competitive with advanced countries. The association’s awards reflect a commitment to discover and nurture scholars who devote themselves to research on theories and systems in distribution. The awards carry cash prizes of 30 million won for the Grand Award, 15 million won for the Best Award, and 10 million won for the Emerging Scholar Award.

The honorees were selected based on evaluations of submitted research by academic experts from the Korean Distribution Association and Lotte Group. YSB Professor Emeritus Se Jo Oh won the Grand Award last year at the first awards ceremony.