The status and prospects of the economy in North Korea were among several topics discussed in June at the fifth North Korea Business Research Seminar, which was held jointly with the Yanbian University School of Economics and Management (China) on the theme of “Changes in the North Korean Market in the Kim Jong-Un Era.” 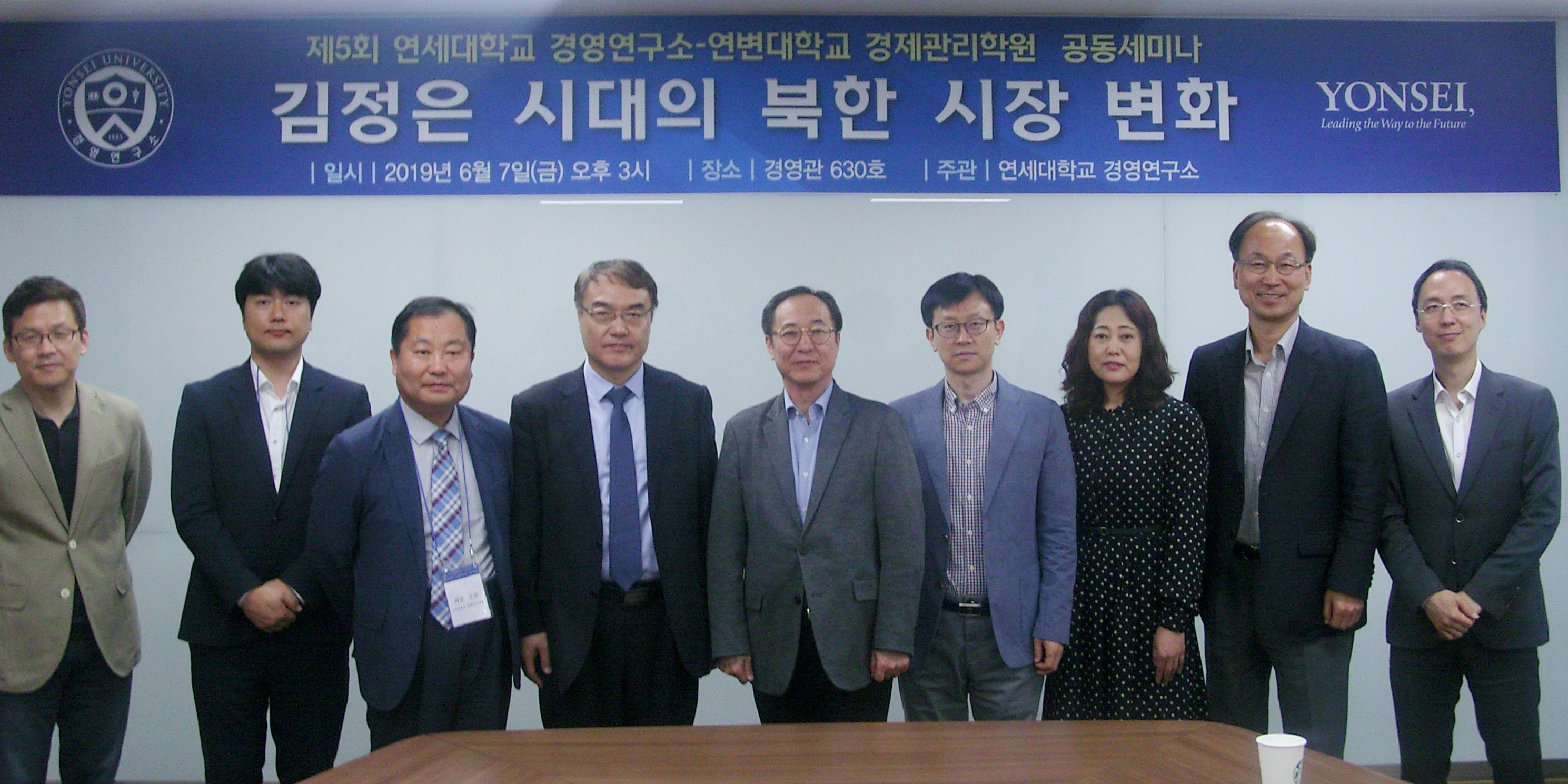 Attendees were welcome by Jhin-Young Shin, director of the Yonsei Business Research Institute, which sponsored the seminar. He was followed by Cheol-Nam Kwon, dean of the Yanbian University School of Economics and Management, who gave a congratulatory speech. The remainder of the seminar was divided into two sessions with two speakers each.

In the first session, Dr. Kun-Sik Hong of the Yonsei Institute for North Korean Studies discussed business exchanges during the Kim Jong-un era against a background of international relations theory and business exchanges. He cited Germany's business exchanges before unification as an important example, saying business exchanges can be expected to have a political effect in controlling national disputes. He was followed by Professor Moon-Soo Yang at University of North Korea Studies,, who said that currently the marketplace is a very small part of the marketization of North Korea, where the finance, labor, and capital goods markets have been slow to develop.

In the second session, Dean Kwon descibed the North Korean economy as heavily dependent on external factors because of its low economic growth engine, the coexistence of planned and market economies, and lack of resources. Consequently, he said, international exchanges and cooperation are essential for the economy to develop. 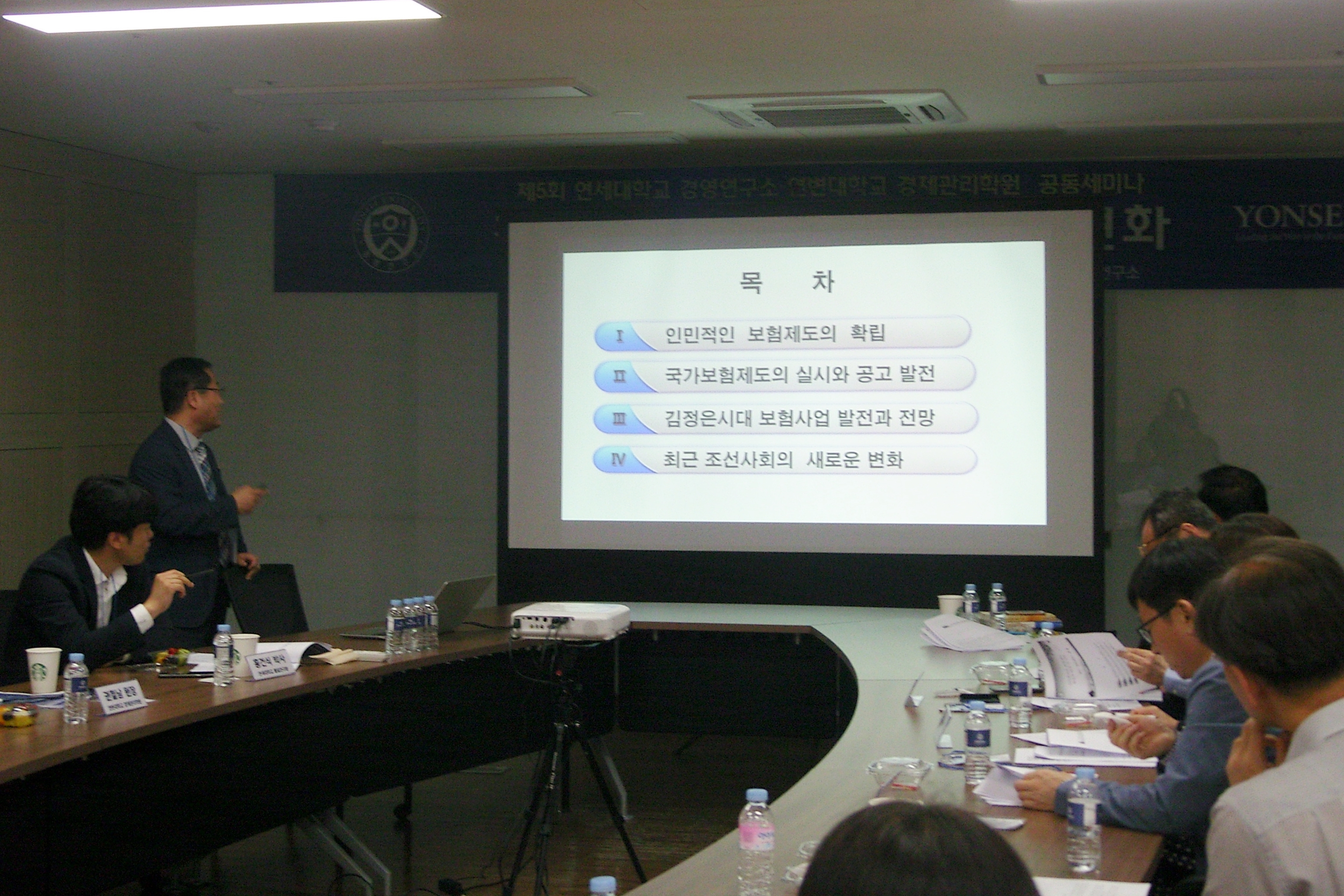 The last presenter, Professor Choi Moon of the Yanbian University School of Economics and Management (China), discussed the establishment and development of the insurance system in the North Korea. He emphasized the need for reliable insurance for North Koreans and the nation’s businesses in the face of the country’s growing economy.