YSB periodically invites leaders of global firms to speak. Through these lectures, students gain insight on industrial prospects and business know-how and increase their global awareness.

The lecture was presented in March in Yongjae Hall of the YSB Building. CFO Lars Borup Jacobsen of Novo Nordisk Korea, a global pharmaceutical company, received his master’s degree from Copenhagen Business School in 2006 and later worked as a consultant at McKinsey & Company’s Denmark office. In 2010, he was recruited by Novo Nordisk as head project manager at Novo Nordisk’s headquarters. Since 2014, he has been the CFO of Novo Nordisk Korea. Established in 1923, Novo Nordisk is a Denmark-based multinational pharmaceutical company working to prevent and cure illnesses including diabetes, hemophilia, and developmental disabilities. The company has production facilities in seven countries and offices in 77. The lecture was also attended by Counselor Torben Orla Nielsen from the Embassy of Denmark in Korea. 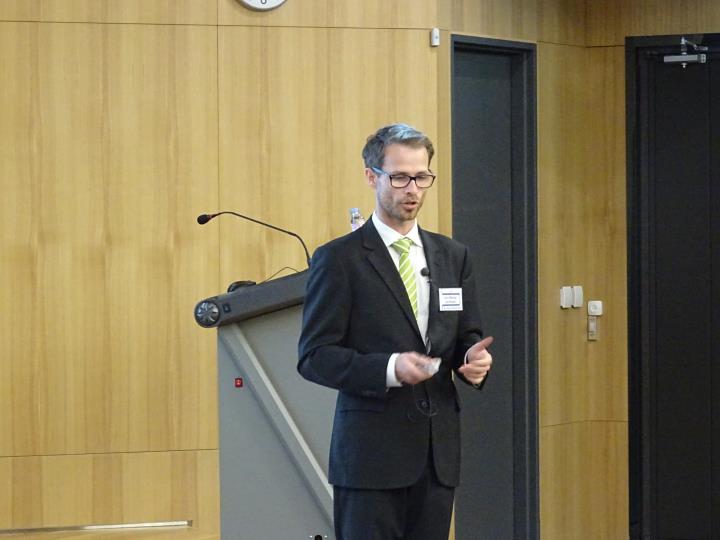 The lecture was presented in May in Yongjae Hall of the YSB Building on the topic “The Global Oil Industry and Determinants of S-Oil’s Success.” 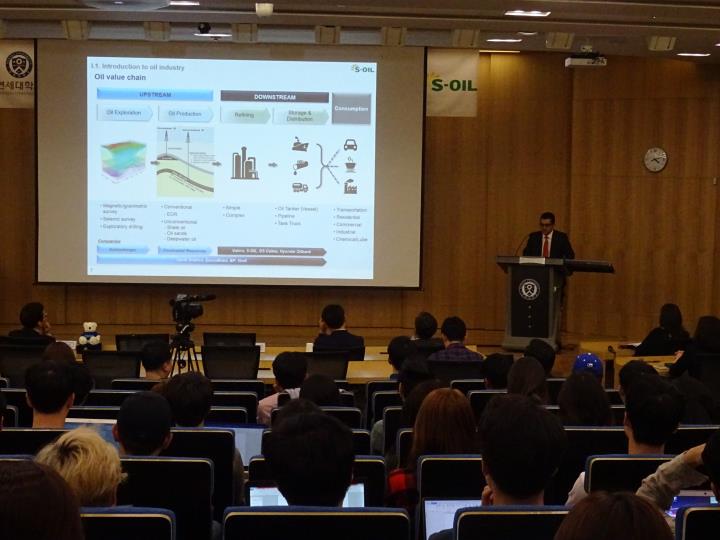 CEO Othman Al-Ghamdi assessed his market’s prospects with an analysis of oil companies’ value chains and explained the reason for oil price fluctuations. “Oil price fluctuations never stop. This is because the price is not determined solely by decisions within the market,” he said, addressing the recent spike in oil prices. “The external influence of financial markets must be taken into consideration.”

During the Q&A session after his lecture, Al-Ghamdi responded to a question on the outlook for the oil industry. He said, “It is true that renewable energy is on the rise, and technological developments such as electronic automobiles pose a threat to the oil industry. However, I see more opportunities than threats.” One of the students attending the lecture asked how S-Oil is preparing for the threat of new and renewable energy sources and changing market conditions. “While the use of renewable energy is growing, it is growing at a slow pace. The next twenty years seem to be safe,” he responded. “Oil energy still has a solid foothold in the energy market since the size of the market is growing alongside demand for renewable energy.” 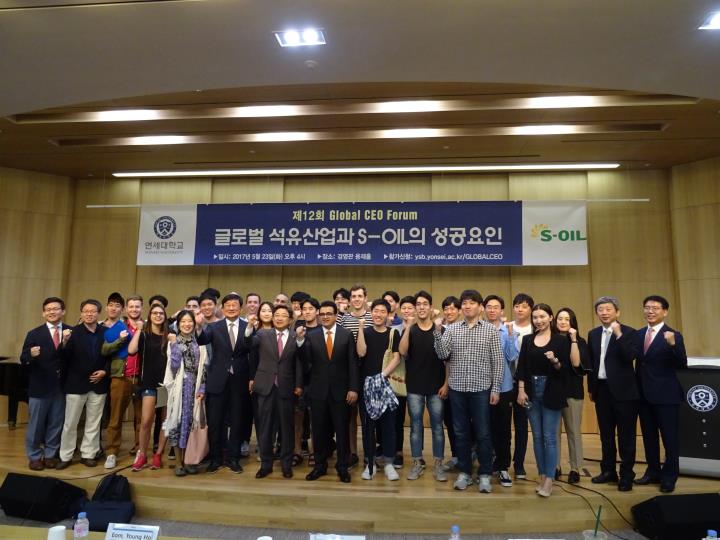