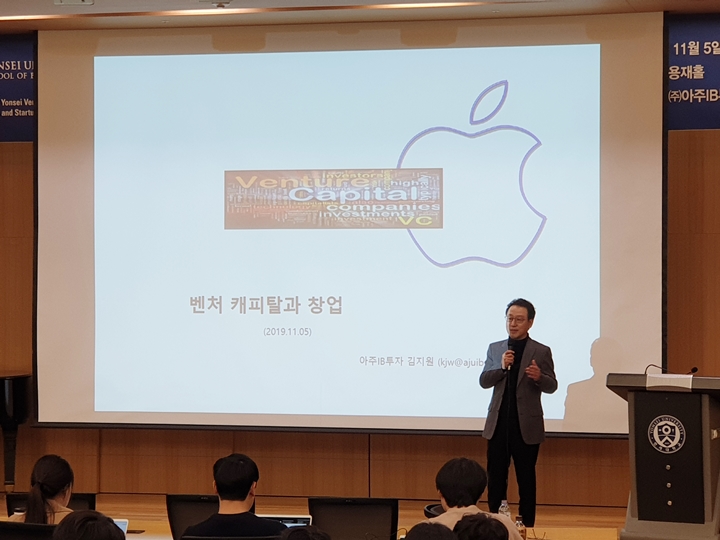 The 1991 graduate of Yonsei University was the speaker at the 19th colloquium of the Yonsei Venture, Innovation and Startup Program of the YSB.

Kim, whose career spans corporate finance, investment strategy, and fundraising, said venture capital investing can be divided into various segments, including new technology financial companies, startups, and accelerators, depending on the underlying legal regulations, the size of the investees, and amount of investments. Therefore, "investment is a comprehensive art," Kim said, that consists of more company’s capital and requires would-be venture capitalists to analyze businesses and create funds through financing and developing business strategies.

Practicing the complex “art” of venture capital investing, he continued, requires extensive training. However, in return, practitioners are rewarded for their hard work by satisfactory compensation and incentives. In addition to its financial rewards, Kim said, venture capital investing is a promising career path because of the variety of challenges it offers because of the constant change in companies and industries that must be appraised for investment potential. 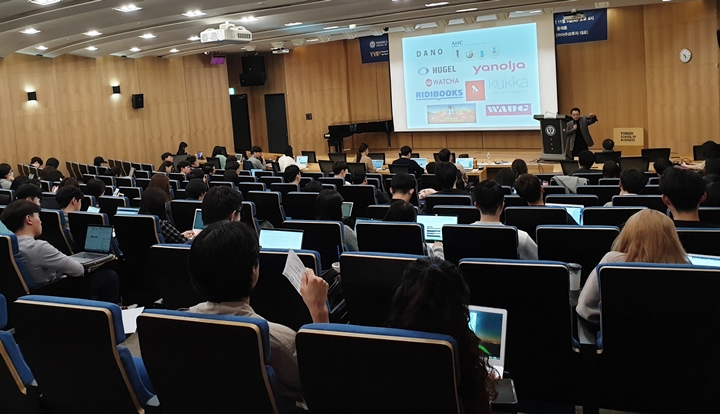 Venture capital acts as a facilitator for startups to succeed, he said, noting that they are consumer-oriented companies that can achieve infinite growth through repetitive scaling. The entrepreneurship associated with startups, he observed, is something anyone can try regardless of gender or age. Startup capital does not have to be limited to its own funds, he continued. There are various channels through which startups can receive funds such as government support, crowdfunding (funding from users), accelerators, or angel investors, all of which help nurture fledgling companies. In addition, the size of venture capital has been increasing consistently, and investment has been on a steep upward trend in line with the current government's policy of supporting startups. Noting the availability of office space and innovations in marketing and mobile payments, he declared, “the ecosystem for startups has been well developed, and it is the right time to start a business."

In conclusion, Kim said, "This is the era in which you can receive a huge amount of investment if you have a startup idea. It does not mean that everyone should start a business, but I hope you can keep in mind that entrepreneurship is a job that you can have."