Australian Ambassador to Korea James Choi told the 17th Yonsei Venture, Innovation & Startup Program (YVIP) Colloquium in September that the first thing that popped into their minds about his home country was probably wrong as he explained "Korea-Australia Cooperation for Startups and Innovation." 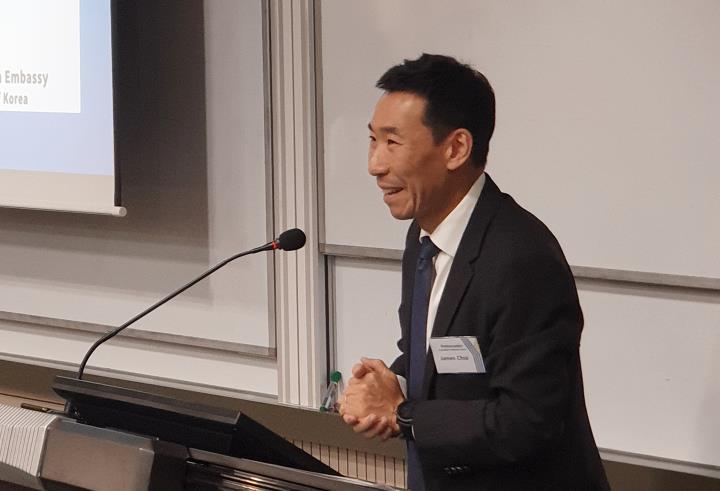 Professor Jaehoon Hahn, YSB associate dean, thanked students and officials for participating in the first YVIP event of fall semester 2019 before introducing Choi, who said he was grateful for his third opportunity to address in Yonsei University.

Choi then explained the size of Australia's economy and the nation’s development patterns. It is especially remarkable, he said, that the economy has been growing over the past 28 years despite various financial crises. In addition, fueled by the Fourth Industrial Revolution, Australia is aiming for intensive investment and development in the energy revolution. Moreover, industry-academic institutions in South Korea and Australia have signed memorandums of understanding to cooperate in developing science and technologies.

He then touched on Australia's startup ecosystem and environment, which have been optimized to foster startups. He explained that Australia is actively supporting startups at the government level by providing institutional support, such as incubation programs, funds for firms’ early-stage innovation, and tax incentives. 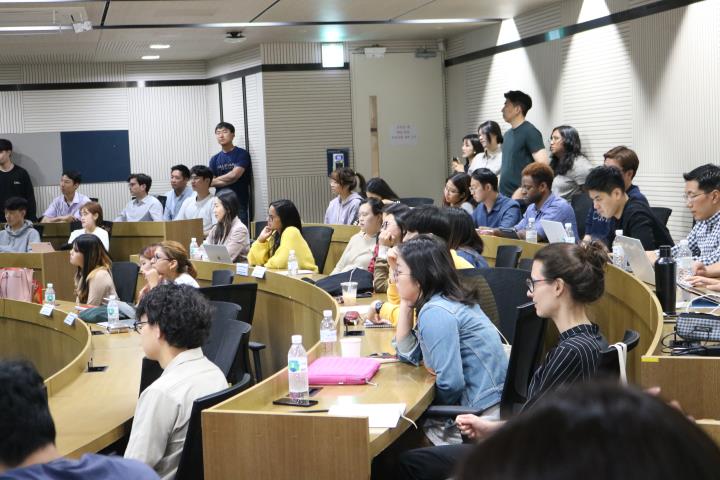 Choi discussed indicators of the size of startup funds and the number of startups in each Australian industry. These indicators showcase that startups are thriving in Australia, he said. He also introduced Atlassian, an information technology company providing software development service and collaboration tools; Afterpay, a financial technology company, and Canva, a graphic-design tool website. These companies once were startups in Australia and later became “unicorns” with an estimated aggregate value of more than 1 trillion won. Notably, Atlassian has already created a fund for new ventures.

In the second half of his lecture, Choi emphasized the importance of passion, dreams, and goals to students interested in entrepreneurship. He encouraged them to find what they like and what inspires them to dream. During the Q&A, Choi talked about what motivated him to become an ambassador and advised students to promote openness to creative ideas. 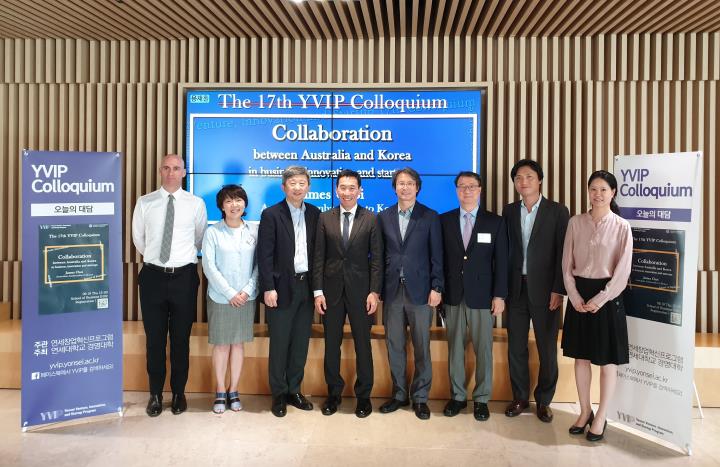